Once upon a time, the Galaxy A series was all about mid-range phones but since its merger with the Galaxy J series last year, we have been blessed with different iterations of budget devices including Galaxy A20, Galaxy A20s but now the company has brought in another contender for the position of entry-level champion named Galaxy A21s. In 2020, the Galaxy A series has been in the highlight due to its stunning looks which are accompanied by all the trendy features and the new entry-level phone is no exception.

The smartphone comes with a quad-camera setup at the back and is one of the first devices to feature the company’s very own Exynos 850 chipset that is based on 8nm design technology and is capable of providing immense power to the smartphone. Keeping up with the trend of a large battery, the phone has been blessed with a 5000mAh battery capacity but can all these features help the device to rule the entry-level phone segment? Let’s dive into our review to find out:

Samsung Galaxy A21s flaunts a shiny plastic body that has become a usual component in entry-level smartphones but with all its beauty, the device is a classic fingerprint and smudge magnet and you’ll have to consider enveloping it in a phone case to keep it clean. The placement of the quad-camera setup looks exactly like what we have seen on Galaxy A31 and at the same time, it also partially reminds us of the camera formation present on the Galaxy A51. You will also find a fingerprint scanner placed right next to the phone’s rectangular camera setup which unfortunately doesn’t add anything to the phone’s overall beauty.

Coming to the phone’s screen, Samsung has provided 6.5 inches of TFT LCD display which comes with 720 x 1600 (HD+) resolution. At the bottom chin, you can find quite noticeable bezels, a swift reminder that you are carrying a budget smartphone.

From Samsung’s standards, the display of Galaxy A21s is quite dull as the company has made us all addicted to AMOLED screens, and being a user, you can just pay slightly more money to get your hands on this feature in the Galaxy A30 and Galaxy A31.

The device shows decent color reproduction but for a smartphone that is priced more than Rs. 30,000, the touch and sensitivity of the phone’s display are quite disappointing. In the same price range, Infinix Note 7 provides a gorilla glass screen with a much smoother and better touch experience.

The budget screen technology of the smartphone also does not offer color customization settings for the user and you’ll have to be content with only adjusting the brightness levels and enabling/disabling the in-built dark mode. Samsung has also provided visibility enhancement options in the default display settings which can help ease eye strain caused by constantly using the smartphone.

Galaxy A21s is equipped with Octa-Core Exynos 850 chipset that is based on 8nm design technology. So far, we have seen 7nm based processors for flagship phones by Qualcomm, Mediatek, and Huawei but this is the first time that a less than $200 phone receives a chipset based on an 8nm design which combined with an eight cortex A55 cores hints at a really good power efficiency from the smartphone.

Samsung’s budget device also comes with ARM Mali G52 MP1 for graphics, 4GB RAM, and 64GB of internal storage which can be expanded by up to 512GB using a microSD card. It features an Android 10 operating system with Samsung’s OneUI 2.0 skin on top.

Theoretically, on the Antutu benchmark, Samsung Galaxy A21s is almost 60% better in terms of performance as compared to the Galaxy A20s with Snapdragon 450 chipset. The new device scored 113827 on the benchmark whereas the latter smartphone reached 70577 when we tested it in the past. In real-life tests, we have noticed that Galaxy A21s breezes through day-to-day tasks, and unlike its predecessor as well the Galaxy A31, the onboard chipset continues to prove its might with smooth performance.

The smartphone offers a single speaker at the bottom which can produce modest enough volume to fill up a small-sized room but for a better experience, while watching multimedia, we recommend that you use an earpiece.

Among all the Galaxy A series’ devices that we have tested so far, Galaxy A21s gave us the best battery consumption rate. The 15W charger takes almost 2 hours to fully recharge the smartphone, exactly the same time is taken by the Galaxy A30s that featured a slightly smaller battery. It has to be noted here that this is also the best charging time we have noticed so far including the phone’s other rivals in the entry-level segment.

In our video loop test, the smartphone fully drained itself in 16 hours and 32 minutes which we would say is a commendable feat. If you want to have a detailed look at our complete battery test, you can check it out in the video below:

The battery of Galaxy A21s makes it stand apart from its other competitors as it can hold on to every last bit of the power till it dies at a 1% charge. If you are a normal user who requires a smartphone for mid-level day-to-day use, you can easily expect the phone to last at least 2 days without any backup. For active users, the smartphone can easily survive for more than one day on a single charge.

According to the company, the new Exynos 850 chipset supports dual 16MP + 5MP cameras and 21.7MP single lens but interestingly the Galaxy A21s features a quad-camera setup with a 48MP main lens. As for the other three cameras, we get an 8MP ultrawide lens, 2MP macro lens, and 2MP depth sensor. For selfies, we have a 13MP shooter at the front which comes with the screen flashlight support for low-light images.

The default camera app of the smartphone comes with limited modes that perform well under good lighting conditions but will struggle to capture your moments at night. Just like Galaxy A31, we strongly missed the presence of a dedicated night mode which can be found in rival Chinese phones falling in the same price range. If you are a photography lover, the absence of this feature may put you off but during our tests, the phone’s nighttime performance was proved to be miles ahead of Galaxy A20s which couldn’t perform in the dark.

All Samsung devices come with HDR mode enabled by default which is pretty helpful in taking pictures on bright sunny days. The feature only works for 12MP mode and not for 48MP mode which is why the former takes better shots against bright light sources like the sun. The 48MP mode, in contrast, blows out the light source and can mess up the exposure level, colors, and dynamic range as it lacks HDR support.

The shots taken in 12MP mode capture the true colors of the subject but it tends to make the sky slighter bluer and greens a little greener which looks quite pleasing to the eyes.

When the camera is not directly in front of a light source, the 48MP mode can produce much more vibrant colors. Though the exposure is slightly above the normal mode, it does not go too far as to ruin the shot. However, the photos taken in this mode show more noise as compared to the image taken by the 12MP mode.

The super wide-angle feature works only for 12MP shots and as a result, we get colorful and well-contrast images which due to a smaller 8MP lens manages to capture lesser details of the subject. But, it is to be expected as the super wide-angle lenses are smaller in size than the main cameras in almost every mid-range smartphone.

Samsung Galaxy A21s comes with digital zoom which works well in the daylight. the phone’s camera algorithm manages to maintain the color reproduction and we didn’t notice any loss in exposure, color, and detail. At 2x zoom, the images look quite acceptable and the noise level is not too high. The mode works great till 4x zoom, beyond that the images show quite a noticeable loss of details. However, if you are only watching the images on a smaller screen, they are nearly acceptable granted that you do not zoom any further.

For bokeh shots, the smartphone uses the Live Focus feature which at the right distance and under good lighting can produce punchy bokeh images that carry a good amount of details. When it comes to edge detection, the camera fails to make a clear distinction between the subject and the background. In the outdoors, we had to take multiple shots to get to the right edge detection but under the controlled light, it produces good results.

We will admit that the company has put a bit more effort to better the low-light photography in its budget phone and as a result, we get better shots than the ones produced by Galaxy A20s and even Galaxy A31. The latter fails at handling artificial lights at night whereas, Galaxy A21s produces comparatively better results if not the ideal. Though both phones lack night mode, the new entry-level phone can handle the subject when light falls in balance. Though the noise level is quite high in low-lit images, the device can behave quite acceptably in most scenarios at night.

If you want to take portraits and selfies at night, you will have to take the help of the LED flashlight at the back and screen flash at the front. You have to be cautious as the flashlight doesn’t do justice with the skin tone and can make it appear more yellowish, making it look a bit unnatural.

Overall, we agree that the camera on this device is quite an improvement from Samsung’s previous models.

With Galaxy A21s, we can see that Samsung has finally started to take its lower-level smartphones quite seriously. The first generation of revamped Galaxy A series in 2019 came with many shortfalls but this time, the company has made improvements in performance with its very own Exynos 850 chipset. The phone’s low-resolution TFT screen helps to keep the phone’s battery going that translates into good battery backup which can last more than a day.

Similar to Galaxy A31, this device is not an attractive option for gaming enthusiasts, but in comparison, it is not a total disappointment as users can smoothly play PUBG at lower settings without experiencing many frame drops. However, it can’t be denied that the 720p TFT screen doesn’t produce sharp and crisp-looking graphics for the display and the touch sensitivity is not up to par at crucial firing moments. While gaming, you will also have to rely on your earphones as the sound level and quality produced by the speaker aren’t ideal. 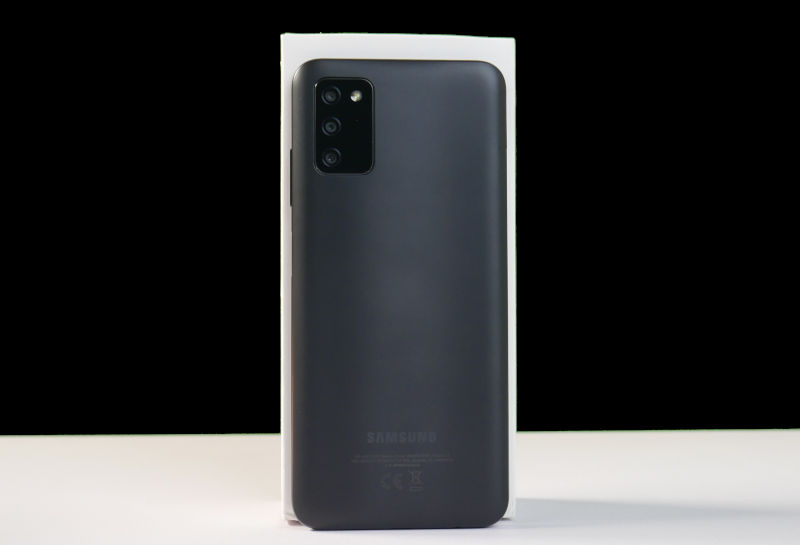 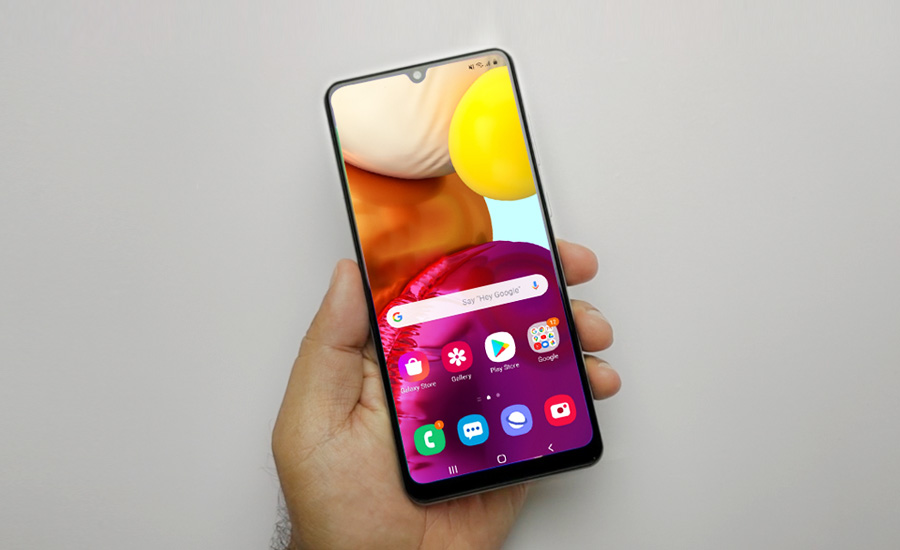 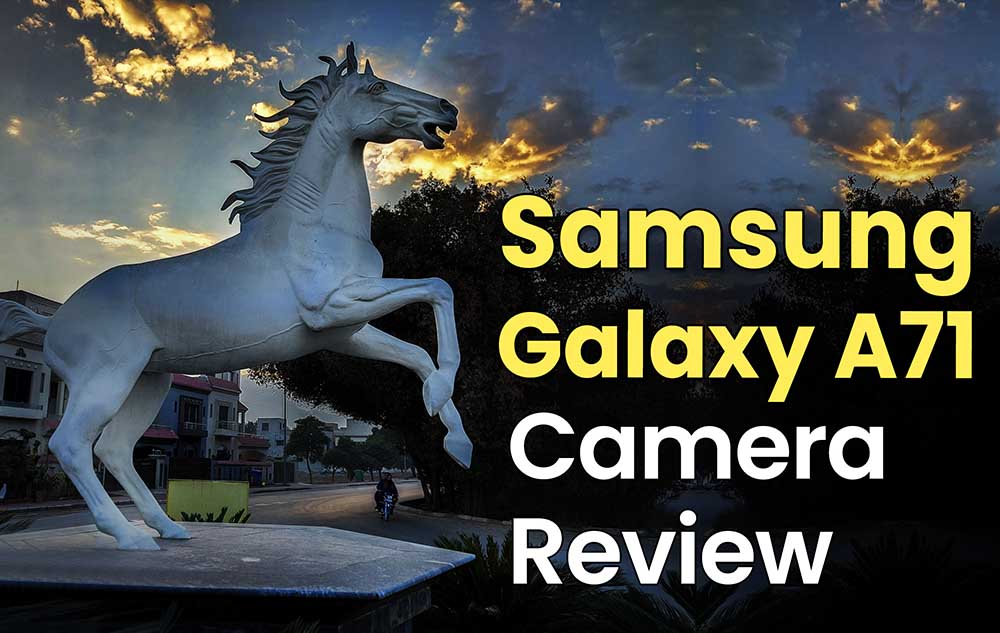 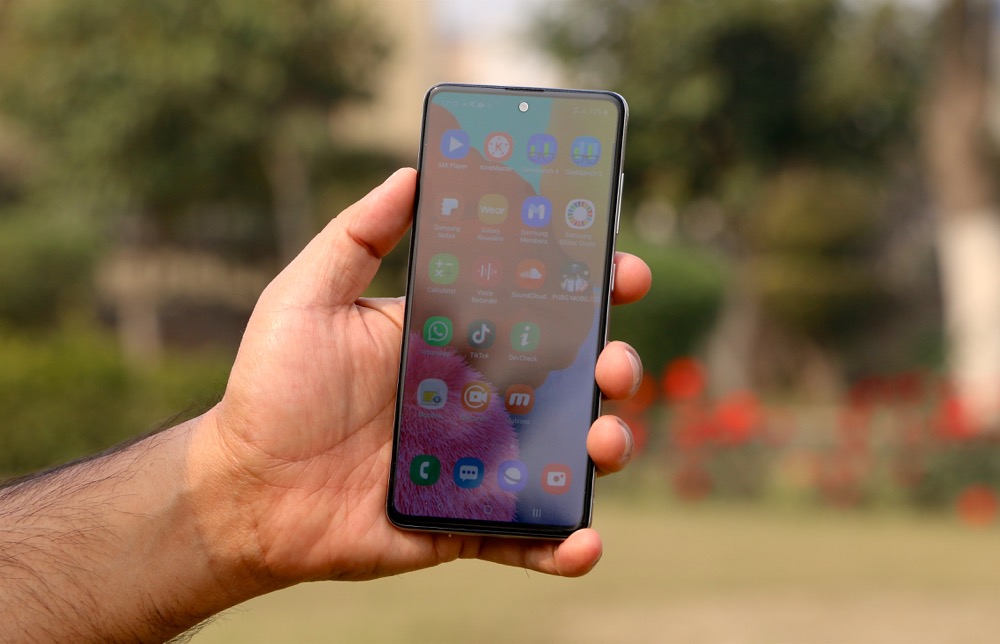 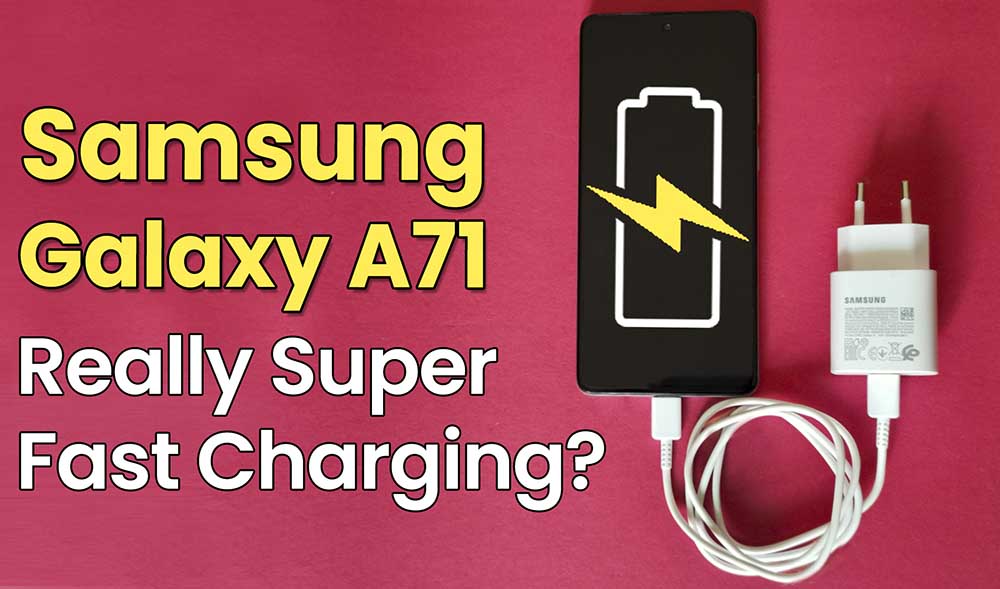