Samsung Galaxy S10 Plus is the 10th-anniversary gadget from the South Korean smartphone giant. The company has equipped its latest flagship with some of the most amazing hardware we have ever seen on a smartphone. The infinity-O display, combined with the bezel-less screen, gives you a class-leading screen-to-body ratio.

The device’s performance is also not short of anything stellar, as we earlier told you in our initial review of the Galaxy S10 Plus, it packs an Exynos 9820 or a Snapdragon 855, depending upon which part of the world you live in. Paired with the chipset is the RAM of 8GB, along with either the 128GB or the 512GB internal storage.

We all know that no matter how expensive a phone is, it can’t be perfect, and that’s precisely the case with Samsung Galaxy S10 Plus. Even then, the phone performed quite great. Let’s move on to the review.

The Galaxy S10 Plus features the same rear shooter as we saw in its sibling, Galaxy S10, while the front cameras are a bit different in both of them. The big brother flashes a triple camera set up on the back during a dual punch hole camera on the front.

The rear setup shows off a 12MP wide-angle as the primary lens with a variable aperture of f/1.5-2.4, a 12MP Telephoto lens with f/2.4 aperture 16MP ultra wide-angle lens with f/2.2 aperture, horizontally aligned just like we saw previously on the Galaxy Note 9. On the front, you get a dual pixel 10MP primary snapper with an 8MP depth-sensing lens.

So with all the huge specs and the sparkling show-offs, is the camera on the Galaxy S10 Plus really worthy of such an expensive flagship?

We took the phone out for a day to shoot the cultural and historical city of Lahore to find out its camera prowess.

Though some of the pictures we captured came out quite stunning, we found some shortcomings in the camera too. Here is the detailed camera result of the Galaxy S10 Plus.

Let’s first take a look at the standard mode, a.k.a, the auto mode. The wide-angle lens pulls in more of the scene, and that’s what we like about the main snapper so that you can move up close to your subject.

The camera also captures impressive colors that are not too bright and natural, but there is one noticeable problem with capturing details. Take a look at the running kids’ faces, and you’ll notice that it smoothens out the pictures a bit, leaving out some of the details.

The above picture was taken in auto mode, and we did not enable any live focus. Notice how the phone plays with the blur effect and gives you that beautifully focused picture, keeping all the details on the subject and maintaining the structure. It seems that the nearer the object, the better the details you can get. With relatively farther subjects, the camera starts to lose its mojo.

One of the many useful features of having a multiple-camera smartphone is that you can enjoy different kinds of shooting modes; Galaxy S10 Plus has posed severe competition in the market with its ultra-wide-angle and telephoto lenses. The former has a great capability to present some very dramatic shots, while the telephoto lens gives you a great chance to get creative with outputs like below.

However, you can observe that in this telephoto shot, the colors are a bit more saturated rather than natural. However, the detail capturing is a lot improved than the shots we saw with the wide-angle earlier.

When switching to the ultra-wide-angle lens, we noticed that the detail preservation and even the color saturation are more accurate and eye-catchy than the telephoto lens. It also manages to capture an amazingly wide shot. Here is an ultra-wide-angle shot from the same place as the picture above.

The telephoto lens enables you to take a picture with 2x optical zoom, hence moving closer to the subject without compromising the details. The Galaxy S10 Plus also reacts amazingly against the light, but that’s inconsistent.

As we told earlier, the telephoto lens is competent, and though it takes fantastic pictures with great contrast and dynamic range, the same cannot be said for the primary lens.

The camera does not perform too well against the light, and with dimly lit scenarios, the noise clearly starts creeping in.

Look at the clouds in the sky in the three pictures. You can notice that they are best kept in the ultra-wide shot while shooting from a wide angle, and the telephoto causes the phone to blow out the details in the sky.

As we earlier told you, the camera on the Galaxy S10 Plus tends to soften the image a little too much. There is a clear difference in details in the above three pictures. The more you zoom in, the more you compromise on the sharpness of the image.

You can notice a considerable loss in detail after zooming in 5 times, look at the minaret of the mosque in the bottom right corner, and you’ll notice that the colors are washed out as well. The cold hue in the picture has increased as compared to the earlier photos.

We were not expecting much from the phone in 10x zoom, and rightly so, it completely softens out the pictures and fails to retain the details. Look at the brick wall behind the blue building with a staircase. Notice how it is pixelated and blurry.

The live focus on the Galaxy S10 Plus is applaudable, and you can’t spot a flaw even if you want to. The subject recognition is terrific, and the blur effect does not look artificial or heavily imposed at all. It also managed to outline the grey hair in the portrait and didn’t merge it with the background blur, which honestly blew us away.

The live focus not only works well in portraits of people but also with objects. Just notice how it maintains a clear line between the background and the foreground while keeping it all natural and sharp.

Selfies on the Galaxy S10 Plus are superb and full of details. It captures all-natural colors and has many modes that you can utilize to make your pictures look more artistic and catchy too.

Even with so much detail and true colors, the secondary depth sensor does not keep up with the subject’s lining to differentiate it from the background and often spreads patchy blur on the subject. If you look at my ear in the right picture, you’ll notice that it’s been blurred out.

Low light photography with the Galaxy S10 Plus camera can be disappointing at times. The irritating noise level really keeps kicking in, and you don’t have to be a keen observer to notice the imminent loss of details in the nighttime.

However, the quality of the pictures in low light is far behind what we earlier saw in the previous flagships like Huawei Mate 20 Pro and the Google Pixel 3XL. Still, with a well-lit subject, Galaxy S10 Plus captures excellent details in standard mode. Look at how the phone successfully contains light in this minaret picture.

The telephoto lens is a great way to capture your subject without getting closer physically. While the telephoto lens’s image quality may not be as good as the main snapper, it captures a fair amount of detail. However, in night-time scenarios, some grain and noise also pop up in the pictures taken from the telephoto lens.

Though nighttime photography is not superb with the Galaxy S10 Plus camera, we still love the phone’s color reproduction. Look at the pictures, for example. The deep blacks in the night sky look fabulous, while the building’s colors are also appropriately maintained.

Looking at the ultra-wide-angle shot, you can notice that the saturation has enhanced a bit in this picture compared to the one we took with the main wide-angle lens.

Though selfies come out great in daylight and the front camera performs pretty great at night with a well-lit subject and good lighting conditions. However, it does not handle the backlight correctly and washes out the colors in a little bit dimly lit scenarios.

Also, don’t expect the live focus to work on-spot in such conditions, as you can see in both the night selfies that it failed to capture good images.

On the bright side, there is also a group selfie mode where the front camera takes a wider selfie to fit in more people in the picture, and although it’s not that wide, there is a noticeable difference. However, it’s not because of the hardware; rather, it’s a software gimmick from Samsung.

The Pro mode in the Galaxy S10 plus goes the extra mile and lets you tweak major settings like the ISO, white balance, etc. It also gives additional usability by letting you alter even the contrast, highlights, and shadows in real-time well. If you know how to control these settings, you can get amazing pictures out of it that are miles ahead of what it can capture in auto mode.

The Galaxy S10 is a feature-packed phone that has a very capable camera. This is the first triple camera S series flagship from Samsung, and we all can agree that it takes pretty amazing shots. There are a few ups and downs in the picture quality that we think shouldn’t have been in a flagship with this price tag.

The low-light photography still needs to improve a lot in the S10 Plus. Other than that, Samsung should have included at least a 5x lossless zoom, if not the 10X. Other than that, the way S10 Plus handles direct light sometimes is very disappointing.

All in all, while the camera experience was a delight, we were hoping that it would be something out of this world as the phone costs a massive price tag of PKR 179,999 in Pakistan for the lowest variant. If you are spending that much money, you wouldn’t want anything to come close in terms of the camera, but sadly, that’s not the case.

Let’s see how it bodes for the phone when it’s pitched against the already prevailing flagships like the Huawei Mate 20 Pro. The recent launch of the Huawei P30 Pro has made a new standard in mobile cameras. 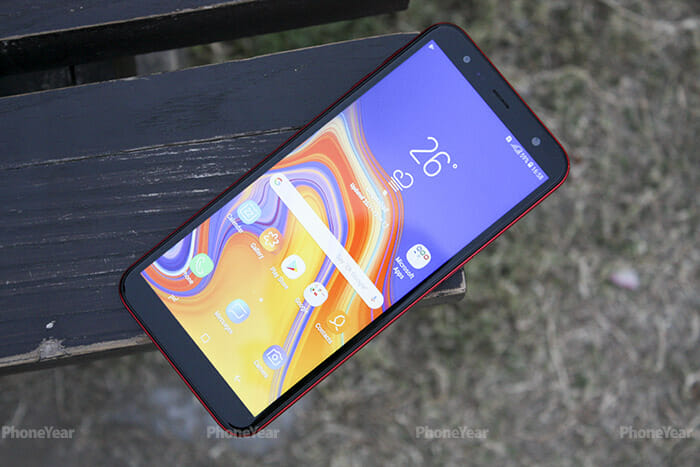 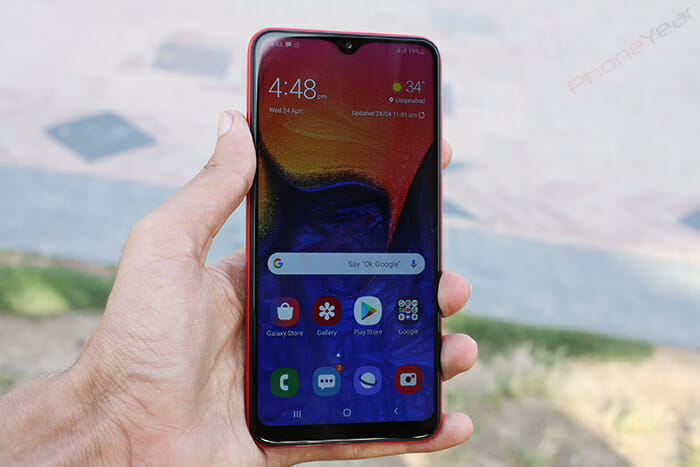 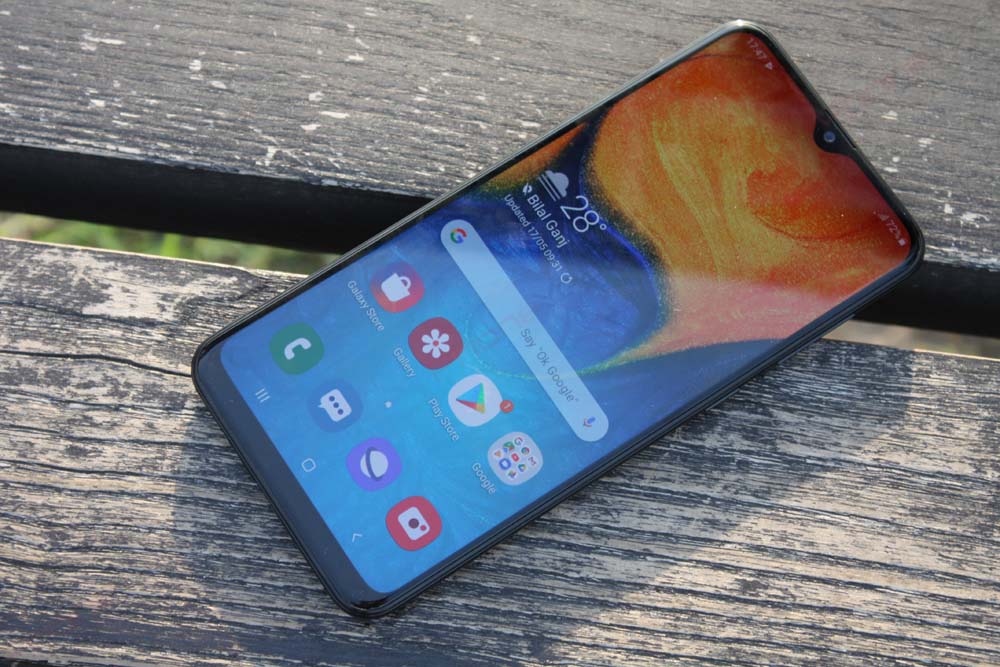 2 thoughts on “Galaxy S10 Plus Camera Review: Is it Really That Good?”