Which smartphones have the best battery life? Best battery life phones aren’t necessarily the most expensive ones. They could belong to any price category – High-end, mid-range, or budget.

No matter how bigger the camera is and how larger and sharper the display is, smartphone users don’t seem to compromise on the phone’s battery life.

So without a second thought, whatever you want from your phone, one aspect is unquestionable –  it ought to belong to the league of best battery life phones.

PhoneYear does rigorous testing of smartphones for their performance. We test them in different ways, as close to real-life scenarios as possible. Some of our tests include;

Head over to our list of the best battery Android phones that can fall within most smartphone users’ budgets.

We have handpicked some of the best players you may consider at the time of your next purchase.

Oppo F21 Pro tops our list of best battery life phones in 2022. The device not only passes by flying colors in the battery compartment, but also it boasts a great selfie camera that handles the background lights excellently.

Oppo F21 Pro features a 4500 mAh battery and 33W fast charger that refills the battery in just over an hour.

It survived for over 23 hours in our video loop test, but how does the phone perform on 4G mobile data in everyday life? Watch the video to find out about its battery test.

Redmi Note 11 isn’t much behind. It ran for 22 hours in our video loop test, another excellent performance that makes it a member of the best battery life phones list.

It also performs decently on 4G mobile data, and with its 33W charger, it gains back the 5000 mAh battery in just over an hour – almost parallel to F21 Pro.

One thing that differentiates Vivo V23e in our list of best battery phones from the above performers is the 44W-based fast charging. It takes around 56 minutes to charge the 4050 mAh battery.

Although the small-looking battery stays behind Infinix Note 11 during our drain test, its performance on 4G mobile data keeps it ahead of Infinix.

Our video loop test showed the V23e died on us in 18 hours and 33 minutes.

Infinix Note 11 is a popular device in the ranks of Infinix mobiles that continued running videos in a loop for 19 hours and 23 minutes.

Its 5000 mAh battery isn’t as fast to charge with its 33W charger as we saw with the above two phones but still, it doesn’t hurt to watch it charging the battery in 1 hour and 40 minutes.

The phone also shows an average performance on 4G mobile data. Watch the video to see how it behaves in different situations.

realme 9i is the latest from realme and a junior member of the number series. Its 5000 mAh battery and 33W charger is a great combination, and despite being in number 5th position, it turned out to be an allrounder in the list of best battery life phones.

Its impressive performance on 4G mobile data keeps it ahead of every other phone on our list, but the only reason it lands at the end of the list is the total battery backup in our video loop test, which is 17 hours and 23 minutes.

The second member of the realme tri-series is the realme 9 Pro Plus. The last contestant in our list of best battery phones equals its younger brother in terms of battery drain – 17 hours and 2 minutes precisely for draining the 4500 mAh battery.

What distinguishes this phone is the 60W Super Dart Charger that takes around 50 minutes to fill the battery. But another aspect that is even more impressive is the 50MP Sony IMX766 primary camera that gives outstanding performance in the mid-range category.

The reason it is our last pick in this list is below-average performance on 4G mobile data. It’s just too expensive. 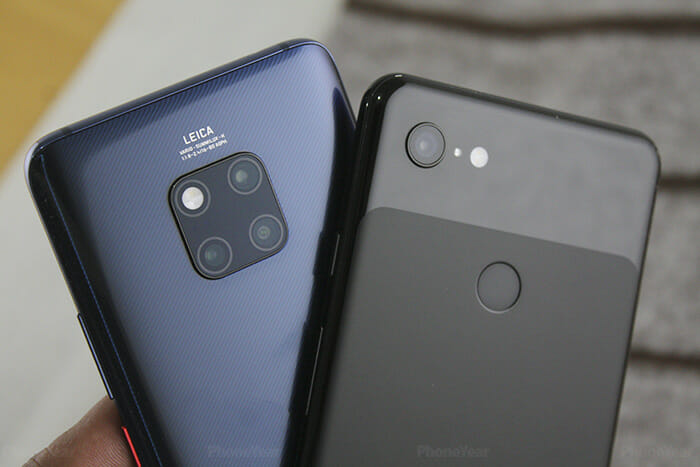