Nokia 8 is HMD Global’s flagship that is aimed to be a comeback kid after the company’s long-lost battle in the smartphone’s competitive market. Budget phones like Nokia 6 were released before the Nokia 8, and at the time of launch, despite its flagship features, the phone was priced slightly lower than the prevailing flagships to capture a significant market portion.

Nokia had to make a strong comeback in the tightly packed android market to once again take its place among the users. And for that, just pricing the phone low, could not do the job. The company had to come up with uniqueness in its design and looks as well.

So, does the Nokia 8 farewell with our expectations about its performance and aesthetics? Let’s find out in our real-life review of the phone.

Making a phone stand out solely based on its design is getting more complicated than it seems. Almost every conceivable shape has been transformed into reality by smartphone manufacturers, yet we see some outstanding design ideas in the form of smartphones like Oppo Find X and Vivo Nex.

However, that is not the case with Nokia 8. With its large bezels at the front, the phone looks a bit old-fashioned. The device is has a metal unibody design with plastic top and bottom ends for antennas. A dual-camera setup runs in the spine of the phone along with a flash and Laser Autofocus. Curved sides on the back are meant to rest the phone steadily in your hands.

The front of the phone has a Nokia branding on the top right corner, and on the bottom bezel, it hosts a capacitive fingerprint scanner along with which you’ll find capacitive back and recent apps buttons. The fingerprint scanner is squeezed and small in size which often results in misreading your thumb impression, so you have to align your finger precisely for the scanner to read it.

The top and bottom bezels are quite expanded in size whereas the polished aluminum back of the phone is extremely slick and tends to slip away from hands.

The power and volume keys are located on the right and the SIM tray on the left. On the top, the phone hosts a headphone jack while the bottom has a USB Type C port and a speaker. One particularly irritating thing is that the volume rocker and the power button are placed on the curve of the phone’s back and are significantly hard to press.

Nokia 8 hosts a 5.3-inch LCD with QHD resolution and 16:9 aspect ratio. The viewing quality of the display is up to the mark and is easily visible outdoors with the crisp display. There is absolutely nothing to complain about about the display in Nokia 8.

The viewing angles on display are quite optimum and tilting the phone doesn’t affect the display on the phone.

Like Samsung’s always-on display, Nokia 8 also has something called Glance Screen that keeps on displaying certain information even when the screen is off. It’s a bit dim but does the job. You can also customize what piece of information to display.

Nokia 8 comes with stock Android 7.1.1, but recently an Oreo 8.1 update has been rolled out for the phone featuring a pro mode in the camera and a security patch.

One of the best things about the stock android is the timely reception of OTA updates. However, having a stock Android seems to be generic for the phone and loses the personalization element in your phone.

Other than that, the phone performed smoothly, and there were no software loopholes on the phone.

As fast as the stock Android may seem, there are certain downsides to it. Firstly, it doesn’t let you customize your phone the way other skins do, and having fewer apps means that you’ll have to install a third-party app for even watching a video only because the stock player is so outdated.

Nokia 8 comes equipped with Qualcomm’s Snapdragon 835 chip which is accompanied by 4 GB RAM. It is a power-efficient chip with super-fast computing that can handle anything thrown at it.

There are no complaints to be made as for the performance in moderate use is concerned. During our test, which included social media usage, calling, texting, streaming videos, all on an LTE network, the phone performed quite well, and we didn’t notice any hiccups or lags.

On heavy use, the phone exhibited weird behavior. The videos on the internal storage of the phone failed to play smoothly. The default video player couldn’t keep up with the video and got stuck every time the video was forwarded.

Though the Nokia 8 comes with Stock Android, it still badly needs software optimization

The phone experienced noticeable lags when a resource-hungry game like Deer Hunter was played along with several apps running in the background. The pictures in the gallery automatically rotate to landscape mode when zoomed in.

The phone hosts a 3090 mAh and is Quick Charge 3.0 enabled so you can boost your device quickly enough. Although the phone runs on a power-efficient Snapdragon 835, a battery of 3090 mAh doesn’t fulfill the requirements of a QHD display.

With such high pixels and a bright display, you shouldn’t expect the battery to perform optimum.

The phone exhibited a poor battery life in our test results. Nokia 8 lost its battery pretty fast and in our moderate use which entailed making calls, texting, social media usage on the LTE network.

Since the Golden age of Nokia, the company has been using Carl Zeiss optics on their phones, and this time, it’s no different. The Nokia 8 has a dual 13 MP Carl Zeiss camera setup on its back, one of which is an RGB, and the other is a monochrome lens.

The rear camera setup on the Nokia 8 takes well-balanced pictures in plenty of daylight and produces sharp pictures with poppy colors and ample detail. The HDR mode on the phone works like a charm and further enhances the bright and dark corners of the picture.

The monochrome lens takes the pictures to an artistic level and snaps some quality black and white pictures without the need of using a filter on the photo. We like the Monochrome mode of the Nokia 8 much better than the one on Honor 10. The details are well maintained in the monochrome pictures, and an excellent contrast ratio can clearly be observed.

Nokia 8 is expected to deliver phenomenal photos in dark conditions by combining the results from RGB and monochrome sensors but that’s not the case in reality. Night photos turn out to be very grainy and full of noticeable noise while HDR made the picture even worse by covering it up in an overlay of brightness, which resulted in the loss of detail.

Live Bokeh in the Nokia 8 doesn’t play its part very well and tends to smoothen out the edges of the subject in the picture. Surprisingly with non-living picture subjects, the bokeh effect works better than living subjects.

Nokia 8 also offers a feature called “Bothie” which takes pictures from both the cameras and combines them on your screen so you can see both sides in the picture.

With the latest update, Nokia 8 also enjoys a Pro mode in the camera. You can play with different options and tweak your camera settings to draw out your desired results. There are options to adjust white balance, ISO, and shutter speed.

However, we noticed that either you can adjust the shutter speed or the exposure value, and one of them got locked while tweaking the other. Moreover, the manual focus didn’t work in the pro mode, and as soon as we turned it on, the camera focus got stuck at the last thing that it focused on.

The autofocus on the phone struggled pretty badly where the pictures were taken in a point-and-shoot situation. All in all, it can fairly be said that the camera on Nokia 8 is just an average shooter that comes nowhere close to the cameras of currently prevailing flagships.

Nokia 8 is definitely not the best phone in the market right now, but it provides some good features in a well-designed package with a powerful spec sheet. However, the burning question is whether the Nokia 8 is worth your money?

It all narrows down to the user’s choice. If you want a phone with a stock android and a bright display without compromising on camera battery quality, you may choose to go for the Nokia 8. However, If the battery and camera are your main concerns, we suggest you might look for other alternatives. 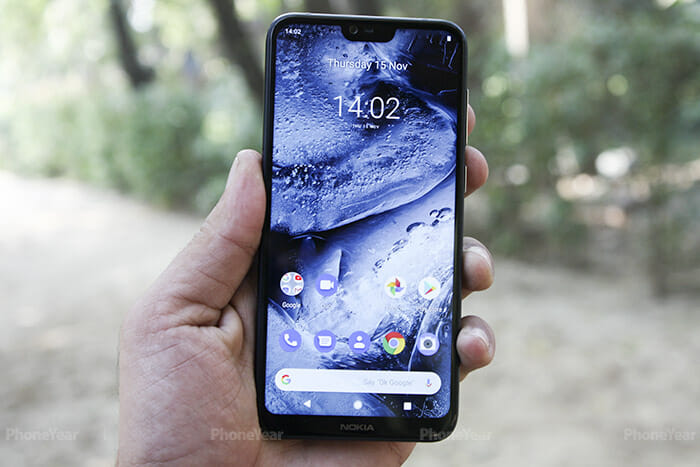 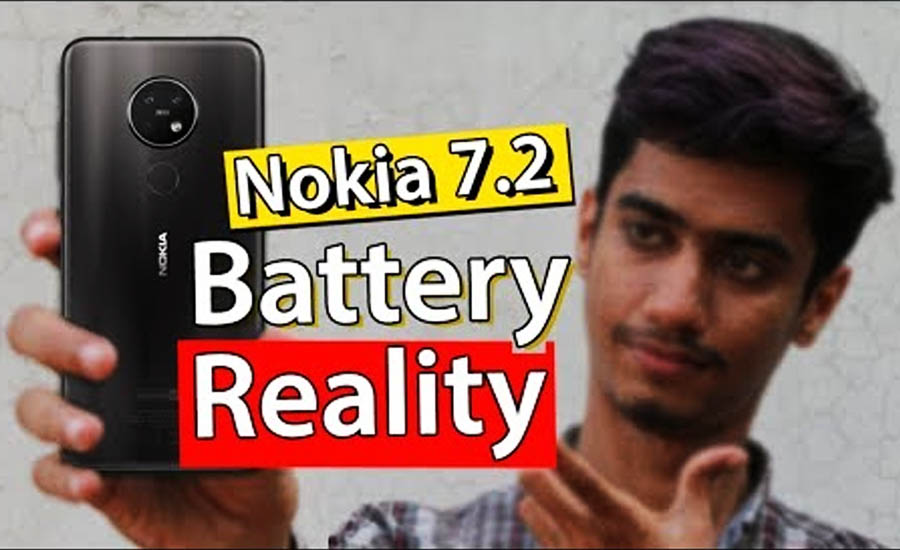 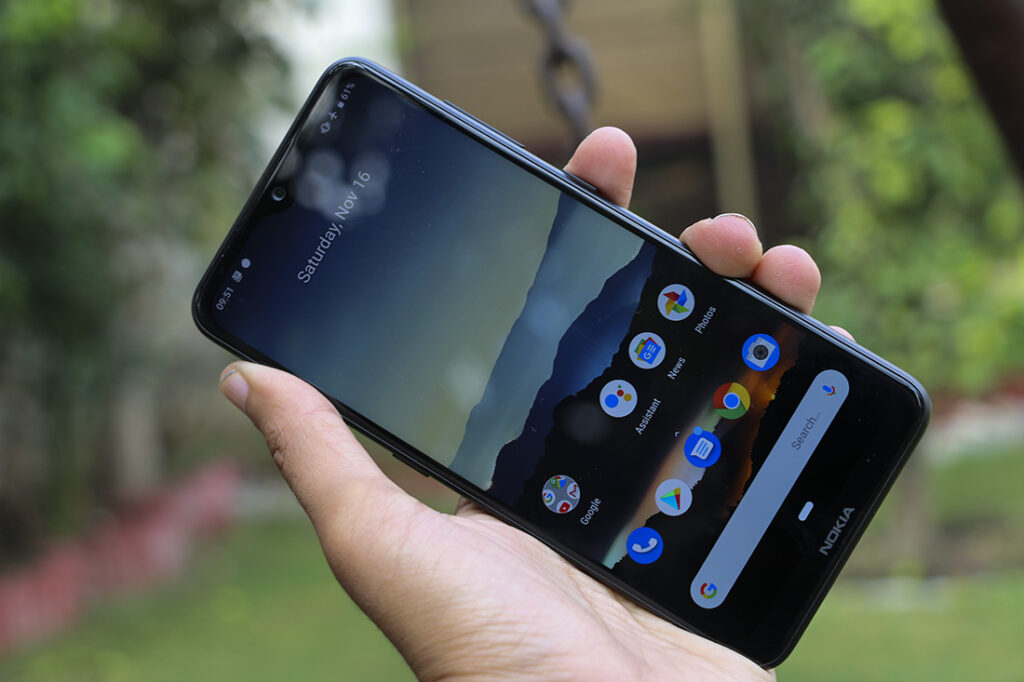