Vivo has struck again with another camera smartphone that goes with the name of Vivo V15 Pro. The highlight of Vivo V15 Pro is that it is the world’s first 32MP selfie pop-up camera that eliminates the need of putting a notch on the screen. Not only the camera but Vivo has also been able to put the light and proximity sensors behind the display which has hugely increased the front display.

With this kind of display, we can really expect an immersive viewing experience for the game and videos lovers on a screen that is expected to produce real deep and crisp colors due to using AMOLED technology.

There is an in-display fingerprint sensor that can unlock the phone in 0.37 seconds. However, the face unlocks sensor scans 1000 facial points and unlocks the phone in half a second.

At the launch event, Vivo India’s Product Manager, Ankit Malhotra, told that out of 300,000 times they tried unlocking the phone during the test phase, the algorithm didn’t miss the function for once. And if a user takes a 100 selfies a day, the face-unlock will keep working for at least eight years.

The pop-up camera is packed in a metal frame for ensuring its durability, and by using the f/2.0 aperture and AI mechanism, it takes some brilliant selfies.

On the rear, the phone comes packed with triple camera setup. The primary among them is 48 MP that makes use of 0.8-micron size of the pixel. With this, it can take better pictures than a standard camera. Besides, there is an 8MP super wide angle lens that can cover an angle of 120 degrees and a 5Mp bokeh lens for blurring the backgrounds.

Vivo V15 Pro comes with a Qualcomm Snapdragon 675 which is the latest chipset of six series after 660. The uniqueness of this new chips is that it borrows many features of 800 series that in turn enhance the camera, AI and gaming experience by far. Vivo claims users can feel a 25% increase in app opening speed.

The phone comes with a whopping 6 GB of RAM and 128 GB of internal storage. There is no speaker at the usual place because Vivo has integrated the speaker at the back of the phone which comes in two colors, topaz blue and ruby red.

V15 Pro takes its power from a 3700 mAh battery which is supported by dual engine faster charging. There was no mention at the launch event, how much time it will take to fully charge the battery.

Vivo has launched the phone in India for Rs. 28,990 that will roughly become PKR. 60,000 + taxes for Pakistan and it will be available in the Indian market from the first week of March.

We don’t expect this phone to land in Pakistan anytime soon. However, this is the first V series phone that had its global launch in India, and Vivo India takes this pride to manufacture the entire lot of this phone in its Noida based factory where Vivo will add further 5000 workforces and INR 4,000 crore of investment in addition to the existing 5000 workers. 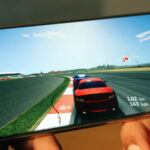