Huawei’s woes do not seem to come with an expiration date. Soon after starting 2019 with a bang through the launch of highly appraised P30 series, the US government placed the Chinese firm in its “so-called” Entity list, blacklisting it from working with all American organizations.

Earlier this year, the Chinese smartphone maker reported a 39% increase in its first-revenue quarter but the tables have turned due to the US-led ban.

Huawei chief executive Ren Zhengfei expects $30 billion loss in revenue over the course of the next two years.

Speaking at the company’s headquarters, he said that before the ban, Huawei was the second largest smartphone manufacturer (based on shipment volume) and the largest seller of telecom equipment with $105 million in annual revenue. He denied US’ spying claims and asserted that the action was simply based to keep the Chinese fast-growing economy in check.

Ren Zhengfei further said, “We realized when we reached a certain level there would be competition, but it didn’t occur to us the U.S. government would be so determined to take such extreme measures against Huawei.”

Even though Huawei was later provided with 90 days delay which will end by 16th August 2019, the fallout of the restrictions snatched away the Android License and cooperation with companies like Intel Qualcomm, UK-based chipset designer ARM, etc. The company is expecting a 40%-60% decline in international smartphone sales this year.

Ren expressed that he was shocked by the severity of actions taken by the US government to corner the Chinese company and revealed that Huawei will cut production in the next two years and will come back better than before in 2021.

The company is now working on its own custom-built Hongmeng OS in case the US government does not budge from the unreasonable ban which has restricted it even from working with the American universities for research purposes. It is reportedly planning to ship 225 million phones with its homegrown OS by October 2019 and we will have to wait and see how the company will manage to repair itself to get back into the running for the top smartphone maker. 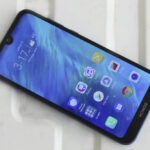