WhatsApp, one of the most popular means of communication nowadays could be more dangerous than it looks. A vulnerability in the messaging app allowed the attackers to infiltrate the phones of the users by installing Isreali (Pegasus) spyware, reports Financial Times.

WhatsApp is owned by none other than Facebook which itself has been at the front and center in the online privacy debate and has been engulfed by one after another scandal since last year.

The messaging service has around 1.5 billion users and reportedly is not aware of how many smartphones may have been infected with spyware due to their vulnerability.

According to the media outlet’s report, the malicious code was developed NSO Group, an Israeli company known for selling commercial spyware to intelligence agencies and governments, and was installed on both iPhones and Android smartphones through the WhatsApp’s phone call feature.

The bug allowed the attacker to inject the spyware by simply calling the target via WhatsApp and the smartphone became compromised even if the call went unanswered. Moreover, the spyware could also remove traces of that call from the user’s log and was capable of taking over the functions of the phone’s operating systems.

The company has now fixed the problem and in a statement said, “WhatsApp encourages people to upgrade to the latest version of our app, as well as keep their mobile operating system up to date, to protect against potential targeted exploits designed to compromise information stored on mobile devices.” 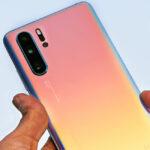