Reports are pouring in about the users receiving the LTE connectivity. As exciting as this news is, UFone has not yet commented on which cities will be getting the 4G connectivity and in which order will they get it but don’t let your hopes down. Sooner or later, your city will also be included.

Earlier, the company claimed to excel in 3G connectivity and thought it to be sufficient for users in Pakistan but this new decision from Ufone is an indication that the company thinks that this might be the right time to enter the 4G market as the availability of the 4G handsets has also been abundant for the past couple years and now the world is moving towards 5G connectivity.

“Ufone Always Focuses On Better Customer Experience. We are planning to launch a 4G/LTE service in Major Metropolitan Cities. We would love to let our customers have a great experience of 4G/LTE with Ufone,” stated one of the spokespeople about the Ufone 4G service. 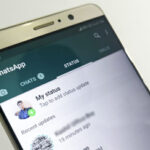 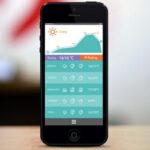