The cat is out of the bag now, Samsung Galaxy S20, Plus, and Ultra are here, and in a month, the first week of March 2020, all three models are going to hit the shelves for consumers, though, their availability may vary in some markets. The starting price for the base model is $999.

The trio, Galaxy S20, S20 Plus, and S20 Ultra run on Android 10 and Samsung’s latest iteration One UI 2.0. Although, the trio share many features but its the camera and the battery of Galaxy S20 Ultra that sets it apart with a huge 108MP sensor and 5000 mAh battery.

Every year, we come across new technological advancements from the phone makers, and these three phones are stuffed with some remarkable features. Here is a list of some cool things we have fallen in love with.

The camera gets a major boost in the Galaxy S20 series. 108MP massive primary sensor finds its way into Galaxy S20 Ultra that can dynamically shift between 108MP and 12MP resolution because of nona Bayer technology that allows a combination of nine pixels into one.

It’s an interesting development, and we will really need to experience the impact on the low light photography as Samsung believes a sensor this large attracts more light to capture most out of the dark situations. S20 and S20 Plus carry the main lens of 12MP each.

Apart from the bigger sensor, Samsung has put extra effort into improving the zooming competence of all three phones. Its a combination of Hybrid Optic Zoom, Super-Resolution Zoom, and AI-powered digital zoom. With the help of a folded lens, S20 Ultra can go as high as 100x, whereas; the smaller models only support 30x zooming ability.

The S20 phones can capture as high as 8K resolution stabilized videos that you can stream on Samsung QLED 8K TV, or upload directly to YouTube. Samsung has partnered with YouTube for this arrangement, and with the help of 5G faster mobile data technology, it can be done on the go. You can even snap a still from the 8K video and use it as a high-resolution image.

Google Duo option has been integrated on the default phone dialer that allows starting FHD video chat off the bat. With S20, you can engage in a video chat with 8 people at a time. Since Google Duo works across multiple platforms, it is highly unlikely that the video chat feature on the receiving phone won’t work.

It may sound like a continuation of Microsoft’s Project xCloud, but Galaxy S20 phones are the first to feature this gaming experience in 2020, though others are likely to follow down the year. Microsoft will launch its popular Forza Street in the Galaxy Store.

Samsung has also partnered with the moving streaming platform Netflix for some original seasons, a part of the S20 phones. The Netflix library is easier to browse this time through Samsung Daily, Bixby, and Finder. The venture will also bring Netflix originals shot on Samsung Galaxy 20 devices.

S20 series support the multi-frequency 5G network, both mmWave and Sub-6, which means, unlike Galaxy S10, these phones can work with different kinds of 5G networks. 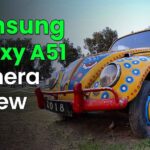 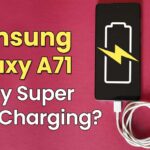