Samsung has recently released three smartphones from its mid-range Galaxy A series in Pakistan; Galaxy A30, Galaxy A50 and Galaxy A10. The new series seemingly is looking to expand the company’s vision by working on providing budget and mid-range devices to help Samsung steal the consumer base which is spending millions on Chinese smartphones.

In the last few years, we have seen Samsung offer less than acceptable specs to the budget and mid-range users with a very high price. We still remember the J series smartphones that were launched last year and how for more than Rs. 50,000, users got Snapdragon 425, a budget category chipset, in midrange device.

It seems quite clear that Samsung is planning to reclaim market share and is taking a serious initiative to look beyond the flagship devices with Galaxy A series. So let’s see if it can match other devices in their respective categories this year or not.

Note: The Pros and Cons mentioned below are based on specs and the review of those devices which were tested by the PhoneYear team.

Samsung Galaxy A50 belongs to the upper mid-range category and is available in Pakistan for Rs. 51,999. Samsung has learned its lesson and unlike last year, we get some amazing specs in the new smartphone.

The new Galaxy A50 comes with 6.4 inches of super AMOLED display with 1080 x 2340 pixels of screen resolution meaning we won’t be disappointed in the picture quality. It packs last year’s Exynos 9610 octa-core processor coupled with 4GB RAM and 128GB of internal storage.

Exynos 9610 is known for good processing speed and with Mali G72 MP3 we can’t expect too many problems in the gaming department. The phone also packs a 4000mAh battery with fast charging capability and according to Android Central’s review of the device, the battery life is actually quite good.

The phone also comes with a triple camera setup 25MP main camera, 8MP ultra wide lens, and 5MP depth sensor. Android Central notes that the camera on the device is quite standard with the picture quality that is decent enough for social media platforms.

Huawei quietly launched P30 Lite last month after it showcased its mighty P30 series. The new smartphone is available in Pakistan for Rs. 47,999 and it comes with some of the monstrous specs in the market for this price category.

The device features a 6.15 inches IPS LCD display 1080 x 2312 pixels screen resolution, slightly smaller than Galaxy A50 but large enough for the user. What’s quite amazing is that it offers a 6GB RAM and 128GB of internal storage which means that it is going to be a beast when it comes to processing power,  a point over Galaxy A50.

P30 Lite also comes with a strong processor, Hisilicon Kirin 710 chipset which looking at Huawei’s track record will not disappoint in terms of speed. The device also packs triple camera setup like A50 including 24MP main camera, 8MP ultra wide lens, and 2MP depth sensor so it may come down to the software the company will provide to the users. The device has still to launch in the market, so we will update you guys on the performance of its camera soon. 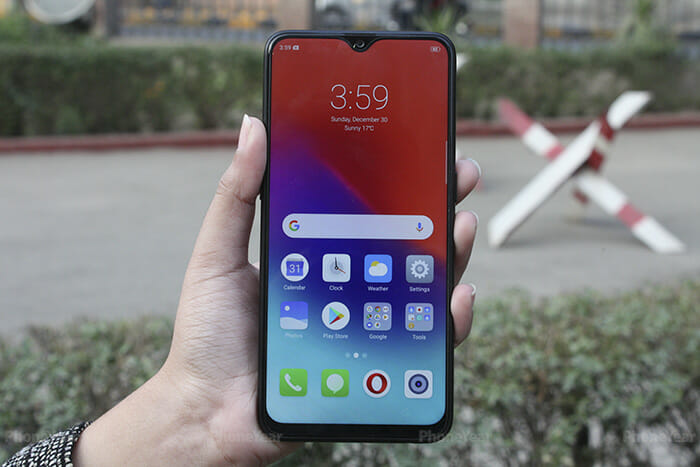 Realme made its debut in Pakistan last year with two devices, Realme 2 Pro and Realme C1 and Oh My! we were quite taken back with the Realme Pro 2’s performance, battery and camera during our detailed review.

The smartphone is available in Pakistan for Rs. 46,999 and is quite a good alternative for Samsung’s Galaxy A50 smartphone. It comes with a massive 8GB RAM and is powered by Qualcomm Snapdragon 660 chipset which has already proved its might several times.

During our tests, we saw that this smartphone was quick as a fox and can do wonders in the performance category. It has the mid-range standard 128GB of internal storage and packs a 3500mAh battery which can last for a very long time.

Realme 2 Pro comes with dual 16MP + 2MP camera on the back which can take amazing shots with great dynamic range. All in all, if you are looking for a performance-driven smartphone, you should consider this device.

The new Galaxy A30 is yet another addition to the Galaxy A series in Pakistan and comes with the price tag of Rs. 39,999 but unlike Galaxy A50, it not too much of a desirable option when this price segment is already saturated with much better smartphones in the market.

Galaxy A30 features 6.4 inches of Super AMOLED display with 1080 x 2340 pixels screen resolution. It is powered by Exynos 7885 coupled with 4GB RAM and 64GB of internal storage. According to Android Authority’s review, this phone is built to handle day-to-day operations but is not enough power for gaming purposes.

The back of the device features a dual camera setup featuring a 16MP primary camera with a 2MP wide-angle shooter which doesn’t capture great low-level details. Android Authority has called it a pretty standard smartphone which doesn’t stand out from the competition. 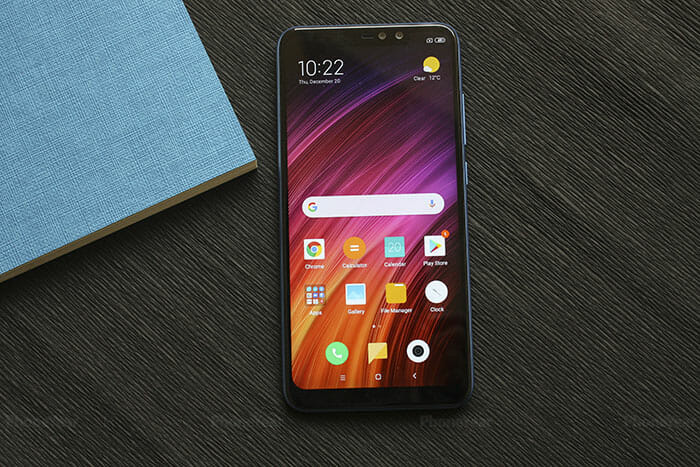 In a short span of time, Xiaomi has seen an outstanding growth even when the likes of Samsung saw a decrease in shipments, the secret being the company’s formula of providing powerful specs in affordable price and Redmi Note 6 Pro does the same for the users.

The smartphone is available in the Pakistani market for Rs. 37,000 and features a large 6.2 inches display with 1080 x 2280 pixels of screen resolution. It is powered by a Qualcomm SDM636 Snapdragon 636 chipset coupled with 4GB RAM and 64GB of internal storage and is great for regular users, as we described in our detailed review.

Xiaomi Redmi Note 6 Pro comes with 4000mAh battery which has been proved perfect for heavy users during our tests. In the camera department, we get a 12MP main sensor with wider f/1.9 aperture and a 5MP depth sensor at the back which can take some surprising pictures without compromising on the details.

It is quite a competent mid-range device in the market that won’t budge too easily with the arrival of Galaxy A30. 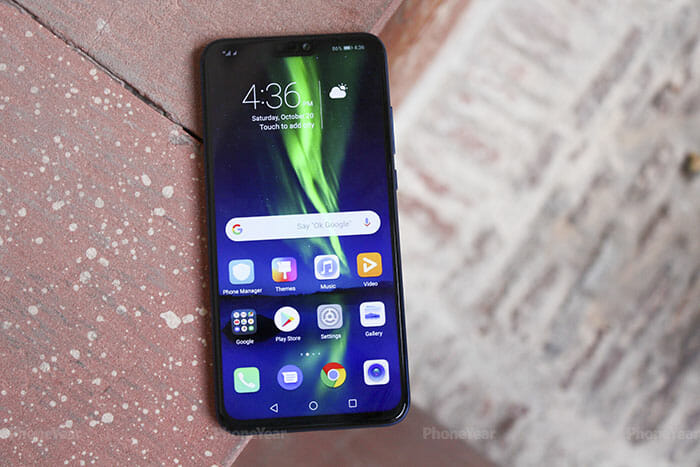 Honor 8X has recently crossed 10 million global sales mark just six months after its initial launch in China. This fact is not too surprising if you look at the sparkling design of the smartphone. It comes with a large 6.5 inches of display with 2340 x 1080 pixels screen resolution.

The device is powered by HiSilicon Kirin 710 SoC coupled with  4GB of RAM and 128GB of internal storage and works like a wonder in light and moderate usage, as we described in Honor 8X’s review.

It also packs a 3750mAh battery and a dual camera setup including a main 20MP lens with a 2MP depth sensor at the back. The phone manages to take decent images in its prescribed price segment.

The final smartphone to make its debut recently in the Galaxy A series in Pakistan is the new entry-level Galaxy A10 smartphone. The smartphone is priced at Rs. 21,500 and comes with very basic specs including 6.2 inches display with 720 x 1520 pixels of screen resolution.

The device is powered by Exynos 7884 octa-core chipset paired up with 2GB RAM and 16GB of internal storage. Other main specs include 3400mAh battery, 13MP rear, and 5MP front camera.

The plus point is that it will run on the latest Android Pie operating system but owing to the quite basic features, we have to hold back our dream of seeing a substantial performance from the device. Our only hope at the moment is that the company has learned its lesson with the last year’s J4 and J6 smartphones.

Tecno although is not very popular smartphone brand in the Pakistani market, the company has been working towards offering better specs to the users in an affordable phone.

The smartphone is available for Rs. 21,499 in the Pakistani market. It also comes with 6.2 inches of display and runs on Android Pie. There are 8 MP + 13 MP + 2 MP lenses at the back while the front offers a 16MP camera for selfies. It also packs a 3400mAh battery for regular use.

Vivo Y93 has been launched recently by the Chinese smartphone giant and is now available for Rs. 22,499 in the Pakistani market. Though the price is a little bit higher than galaxy A10, the bigger 3GB RAM, 32 GB  internal storage and dual camera setup at the back make it quite an attractive choice.

The smartphone comes with slightly smaller 5.99 inches of display with 720 x 1440 pixels screen resolution. The front features a 16MP selfie snapper while the rear has dual lens; 12 MP and 5 MP, depth sensor. With better specs and small price difference, it is hard to give Galaxy A10 a chance in the user’s court.

Huawei P Smart has been in the market for some time but it doesn’t mean that it is not a qualifies smartphone which can defeat many entry-level phones when it comes to specs.

The phone does not have a notch-less display neither it has gotten rid of the bezels that many refrain from so much. It is available in Pakistan for Rs. 23,999 and with just a small change in price, we get fast HiSilicon Kirin 659 chipset, 3GB RAM and 32GB of internal storage.

Huawei P Smart also comes with a dual camera at the back featuring 13MP + 2MP lenses while the front features a single 8MP selfie snapper. In terms of user reviews, Huawei P Smart has produced quite a few Huawei users even with a smaller 3000mAh battery.

Xiaomi Redmi S2 was launched last year and is available in Pakistan for Rs. 22, 499. The prices of Galaxy A10 and Redmi S2 are almost the same with a very small difference.

Redmi S2 comes with 5.99 inches of display with  720 x 1440 pixels screen resolution, a pretty standard feature in all budget devices. It is powered by Qualcomm MSM8953 Snapdragon 625 coupled with 3GB RAM and 32GB of internal storage, better option in the hardware department as compared to Galaxy A50.

When it comes to rear cameras, Redmi S2 offers dual 12MP + 5MP lenses and a single 16MP selfie snapper at the front. It packs a 3080mAh battery which won’t draw too much power due to the absence of Super AMOLED display.

Samsung Galaxy A series in Pakistan is bound to make waves in the local market, we have to see whether it will go in the favor of the South Korean giant or against. The Galaxy A50 has been reviewed by different tech bloggers to be a competent smartphone that can stand on its two feet against other Chinese mid-range devices.

On the other hand, Galaxy A30 and Galaxy A10 don’t offer any compelling feature which can make people say that Samsung has brought something new in the budget category.

We can find same or in some cases better features in other brands like Huawei, Vivo, Xiaomi, etc. which makes us wonder if Samsung is planning to gather the large market share over its existing brand identity.

Let’s wait and see how Samsung’s strategy for mid-range devices will unfold this year. 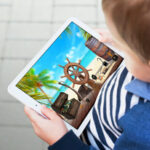