The Galaxy A series from the South Korean giant just keeps on swelling day by day. Now that Galaxy A80 and A70 are official, the company has just launched the Galaxy A60 and Galaxy A40s in China.

The Samsung Galaxy A60 sports an Infinity-O Display panel with a punch-hole design like the Galaxy A8s or the most recent flagship Galaxy S10 series. The Galaxy A40s comes with an infinity-U display which is commonly known as waterdrop notch and debuted earlier in Oppo phones like the Oppo F9.

The Galaxy A40s is actually just the re-branded version of M30. This suggests that the M lineup of phones from Samsung will not make its way to the Chinese market.

The device packs a 6.3-inches LCD display with a Full HD+ resolution, with a 91.8% impressive screen-to-body ratio, as the company claims. The back of the phone contains a triple camera setup consisting of a 32MP f/1.7 aperture primary camera, an 8MP f2/2 aperture ultra-wide camera, and a 5MP f/2.2 aperture depth sensor.

It is also equipped with a traditional fingerprint scanner on the back. Samsung is not using its Exynos processor for the Galaxy A60 instead, it equipped the device with Snapdragon 675 SoC which is coupled with a RAM of 6GB along with 128 GB of internal storage.

A 3500mAh battery will keep the phone afloat that can be charged with a USB Type C charger.

The Galaxy A40s features a 6.4-inch Super AMOLED FHD+ Infinity-U display that hosts a 16MP selfie cam. The back of the device features a traditional fingerprint scanner along with a triple camera setup having a 13MP f/1.9 main camera, a 5MP f/2.2 ultrawide and 5MP depth sensor lenses.

As for the processor, it is equipped with Samsung’s in-house Exynos 7904 paired with 6GB of RAM and 64GB of storage. The highlight of the Galaxy A40s is actually its battery. It has a 5,000mAh battery with support for 15W fast charging via USB Type-C port.

Galaxy A60 will be available in China for 1,999 Yuan which translates roughly to $298 whereas the price of Galaxy A40s has been set as 1,499 Yuan which is almost equal to $225. While the handsets have still not made their way to Pakistan, we will surely keep you posted if they do. 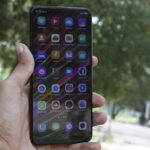 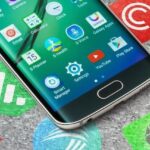