In-display fingerprint scanners are a style statement, and this is why they are available, so far, in the flagship phones and a few mid-range phones. The reason is they can only be implemented on OLEDs that are expensive than simple LCDs.

LCDs have only relied on fingerprint scanners on the backside or, at most, the side-mounted ones doubling the power key on some phones.

Why it can’t be done on LCD? Because the fingerprint sensor is directly below the screen, and it requires a channel to transmit optical or ultrasonic signals. And LCD screens, being the backlit modules, can’t work to transmit singles. These screens are not thin.

Things have changed in 2020, Redmi has become the first Chinese phone maker to have implemented the in-display fingerprint scanner in its LCD based phone. The company has reportedly stated that mass production is in the process.

Redmi’s General Manager Lu Weibing demonstrated the feature in a Redmi Note 8 Pro prototype. In a post on Weibo, Lu posted that Redmi’s R&D team has overcome this problem by using infrared high-transmittance film material under the screen that emits light when a fingerprint is pressed on the screen.

The impression penetrates the screen and falls on the in-display fingerprint sensor, which then completes the fingerprint verification process.

The upcoming Redmi Note 9 Pro might not have the technology installed, but surely, Redmi’s other models in 2020 are going to feature an in-display fingerprint scanner. 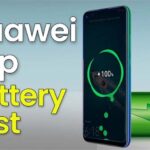