Realme XT has become the much talked about the device from the Chinese maker that recently launched Realme 5 Pro. The phone is special as it debuts a 64-megapixel lens as its primary camera. The company, in a special event in China, unveiled the full specifications of the phone that look amazing at first look.

Talking about the camera, its 64MP primary lens that is developed by Samsung (GW1), is enclosed in a yellow ring on the rear side which is further accompanied by 8MP ultra-wide lens, 2MP dedicated macro lens, and 2MP depth sensor, all placed vertically underneath the primary lens.

Other than the Realme logo, there is no other thing placed on the backside. For the selfies, a 16MP lens is housed inside the waterdrop notch on the front that is visible in the middle.

The front is a 6.4 inch AMOLED display that also features an in-display fingerprint sensor.

Realme XT is powered by a Qualcomm Snapdragon 710 chipset which runs Android 9.0 and Color OS 6 on the top. There is a whopping 8GB LPDDR4X RAM and 128GB UFS 2.1 storage inside and to further enhance the processing, there is a HyperBoost 2.0 onboard.

The phone comes with 4000 mAh battery along with VOOC 3.0 20W fast charging technology and a USB Type-C support. The phone has a plastic body and comes in two colors, Snow White and Gradient Blue.

Although Realme has scheduled launch on September 4 in China, but it unveiled the full specs of the phone in anticipation of Redmi Note 8’s 64MP camera launch. For the rest of the world, including Pakistan, no date has been specified yet. 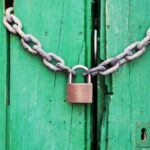