Realme CEO has taken it to Twitter to boast about the Relme 3 Pro camera result. The device has constantly received major leaks in the recent past and is expected to launch this month.

Nonetheless, the CEO of Realme Madhav Sheth decided to tease the fans with the camera prowess of the device. Mr. Sheth uploaded three camera snaps of the Realme 3 Pro camera and though the EXIF data in the pictures was wiped off, we can still judge the pictures by their appearance.

One picture sample is likely to be taken from the front camera, considering the mirrored alphabets on the t-shirt in the picture. Another picture taken against the bright sunlight seems to show off the HDR capabilities of the device.

Judging from the Realme 3 Pro camera samples, we can initially say that the color reproduction is natural and though you can spot the traces of overexposure, the colors are not oversaturated.

Other than these camera samples, no word on the smartphone camera megapixel count is out yet. Not even the number of camera lenses in the device are known yet.

As per the leaks, Realme 3 Pro will be powered by Snapdragon 710 processor and will come with the VOOC 3.0 fast charging. The phone is also expected to run ColorOS 6 based on Android 9 out of the box. While Realme 3 is soon to be launched in Pakistan, no word is available on the Pro version launch in Pakistan. 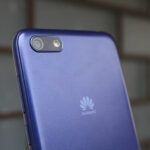 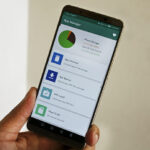