Realme 3 Pro finally has a launch date; the device will make an official debut on 22nd April reveals Realme’s Indian CEO. It is one of the highly anticipated smartphones of this year ever since the company revealed its plan to launch a Pro variant of Realme 3 in March.

The Pro variant has been at the center of many rumors and leaks recently. It is expected to be powered by Snapdragon 710 chipset coupled with 4GB or 6GB RAM and internal storage of 32GB or 64GB.

We still do not know about the battery capacity but the leaks reveal that Realme 3 Pro will support VOOC 3.0 capability which means faster charging in less time.

Recently, the company’s CEO also showcased the camera result of Realme 3 Pro on his Twitter account to give a glimpse of the photography prowess of the smartphone. There is still no news about the megapixel count and when the industry trend is inclined towards triple camera setup, let’s see if the company will satisfy the new craze.

Realme 3 is ready to officially launch in the Pakistani markets on 16th April, just a few weeks after its initial debut in the world so we can expect the Pro variant to also enter the local market in the coming months. 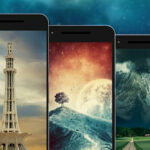