The second half of 2019 is turning out to be happy moments for Apple that launched its latest series of iPhone 11 back in September.

The demand is rising for iPhone 11, and Apple has asked its supplier to increase production by 10% (8 to 10mn units). Despite the conservative forecast, the boost in demand is coming for the basic model iPhone 11 for being the most affordable version of this year. Apple launched iPhone 11 for $699, at a cut down price, against last year’s iPhone XR that retailed at $749. This price reduction is for the first time in Apple’s history ever since the iPhone launched in 2007.

It appears Tim Cook’s strategy of cutting the price down owing to the overall global economic crunch seems to have paid off this time. The primary demand is coming for iPhone 11 and the Pro model; however, the same is not happening for the premium model. Apple has, therefore, revised down the orders for iPhone 11 Pro Max that was launched at $ 1,099.

Cook has acknowledged that the price of its phones is one of the factors for overall shrinking smartphone demand that enters into 3rd year consecutively, especially in the emerging markets.

Last year, Apple had to ask its supplier to reduce the production of the iPhone XR soon after it landed in the markets. Analysts are expecting the recent rise in demand would counter the impact of slow sales in the previous year.

According to IDC, in the first half of 2019, Apple suffered a 25% fall in the phone shipment, far below the rival Samsung and Huawei. Mizuho Securities, another research firm, has now increased the 2019 shipment forecast from 194 mn from 178 mn. 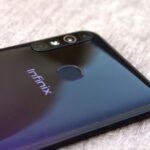