After the much famed Oppo F9, the company is yet again ready to quietly slide its next mid-range offering in the market, Oppo A7. The device comes as a direct rival to the likes of Huawei Y9 2019 and Honor 8X.

Though the device has not been announced officially in the international market, it has already made its way to Pakistan and will shortly be available in the market. The highlights of the phone are its waterdrop notch, a design trend that Oppo takes the credit of, and a massive battery.

Though the Oppo A7 offers almost the same specs as its predecessor Oppo A5, it also has some incremental updates in the design compartment, ones that you can’t just overlook. To break the monotony, the A7 comes in two colors, Glaze Blue and Glaring Gold, with lining pattern on the back

We got our hands on the Glaze Blue color variant. Though the phone comes with a plastic body, it looks stunning and mimics the shine and glimmer of a glass body. The rounded edges on the back also help in a firm grip.

On the front, you get a 6.2 inch IPS LCD waterdrop screen with a tiny notch. It packs a 720 x 1520 pixels resolution and a 19:9 aspect ratio, which translates into 81.6% screen to body ratio. Though tiny, the bezels of the phones are still visible. A substantial chin on the bottom may also be a nuisance for some users out there.

The left side of the phone hosts the volume rocker and the SIM tray, which also has a dedicated slot for micro SD memory card. On the right, you get a power key that’s pretty tactile and easy to reach.

Oppo A7 retains the same dual-camera setup that we earlier saw on its predecessor. A dual rear camera with 13 MP primary lens with f/2.2 and a secondary 2 MP depth sensor with f/2.4 aperture.

On the front, the handset offers a 16MP camera, which is a huge upgrade over its predecessor’s 8MP front sensor. It provides a ton of modes to choose from.

During our brief time with the phone, we clicked some random pictures, and the camera of the phone looked promising; however, our camera tests will prove the real worth of this phone’s camera.

With a Snapdragon 450 chipset, the handset delivers smooth performance in day to day usage. Though we did not test the phone with our real-life tests, we can safely say that it would not disappoint you in normal task handling.

However, expecting a high-end performance would be a mistake as the Snapdragon 400 series is specially designed for budget and mid-range devices.

Oppo A7 packs a large 4230mAh battery. The battery game on the device looks strong enough to compete with and even surpass the Huawei Y9 2019, which has an insane 4000mAh battery.

3GB/4GB RAM backs the processor along with a 32GB/64GB internal storage that is also expandable via microSD card. Though it looks quite snappy in browsing for some time, the handset still has to pass through our real-life usage tests.

Oppo A7 comes with the company’s own ColorOS 5.2, which is based on Android 8.1 and has gotten more refined than its previous iterations. It offers a lot of options that focus on facilitating users.

Smart Assistant is a productive feature that helps you keep your phone organized. The new OS also focuses on security. Just like the Huawei phones, Oppo phones also come with a Music Party application that syncs several phones to play a song simultaneously on all of them.

Game mode juices out even the last performance drop, and what’s more promising is that now it can be customized according to your liking.

Nevertheless, we personally don’t like ColorOS only because it seems too unorganized and cluttered. The setting area requires too many clicks to reach your aimed options, and the UI can still be simplified.

After passing a few hours with the phone, the design and display really impressed us. We particularly liked Glazed Blue, the color of the phone, which gives a greenish emerald shade. Much hype has been created around the phone, and rightly so because A7 is going to be a huge upgrade over its predecessor.

We will soon come back with our full review of Oppo A7. Stay tuned for updates, and do let know your opinion about Oppo A7 in the comments. 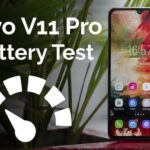