Facebook has finally announced the feature that lets you delete messages after you have sent them, just like we have earlier seen on the Whatsapp app. You can now unsend messages on Facebook messenger if you mistakenly sent any wrong message to the wrong person.

At first, only Mark Zuckerberg, CEO Facebook had the power and ability to delete messages after they were sent. Sources noted that certain messages from the CEO had disappeared after some time. Upon inquiring, Facebook confirmed that Zuckerberg’s messages indeed expired over time due to cybersecurity concerns.

Facebook states that this new message deleting ability is based on the “Zuckerberg power” but some changes were made to provide a broad functionality to the consumers of the messenger. 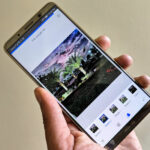