Chinese manufacturer Meizu has not much of a big foot-print outside its home country but that doesn’t stop the company from coming up with amazing devices like the dual screen Meizu Pro 7 Series and now the Meizu Note 9, which comes Snapdragon 675 and many other perks.

Meizu Note 9 features a 6.2-inch FHD+ display with a waterdrop style tiny notch. The design of the Meizu Note 9 resembles a lot with the recently launched Redmi note 7 from Xiaomi.

one of the major highlights of the phone is its SoC. Meizu Note 9 is studded with the Qualcomm’s Snapdragon 675 chipset which allows the device to performs pretty well. The RAM and storage combinations are, however, pretty odd on the device. The lesser 4GB RAM variant comes with higher 128GB storage and the 6GB RAM variant comes with 64GB storage.

Meizu note 9 comes with a dual rear camera setup which comprises of a 48MP camera like the Vivo V15 Pro, along with a 5MP depth sensor. On the front, Meizu has opted for a 20MP camera which is housed in the notch. The camera also boasts features like the AI, Face Unlock and Beauty Mode.

All of the internals draw their power from a beefy 4000mAh battery that can be charged via a USB Type-C port. On the software front, Meizu Note 9 comes with Android Pie out of the box, on top of which Meizu has slapped its custom skin, Flyme UX version 7.2.

The device will available in China starting from 11 March and will be priced at approximately $238 for both the 6GB+64GB and the 4GB+128GB. There is no word about the global launch of the phone for now. 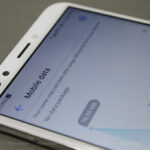