Although Zoom is the leading video conference app at the current time, But Google has its own player on the venue. Meet video conference app, which is a successor to Google Hangouts, will soon be available to the consumers for free. This goes in line with Google’s avid practice to offer many major business tools without any charge. Therefore, Meet will be a major competition for Zoom, which is thriving during the quarantine period.

Initially, Google Meet will allow users to engage in a video conference with one host and 100 participants. This is just as much as Zoom is offering for its free version. Moreover, unlike Google’s other free to use products, Meet is not going to utilize user’s data for advertisement. This acts as an incentive for businesses to start using the app in order to host meetings. Meets already has 100 million actives users, and as soon as it was announced, Zoom took a massive dip in its market shares.

During the quarantine period throughout the world, companies that offer a digital platform for socialization have seen an increase in value. Microsoft and Facebook’s shares increased by 7%, Whereas the Alphabet’s shares rose by 9%. So, where this chaos is breaking down many businesses, others are gaining some benefits from it.  Zoom itself saw an increase in its user base by 30 times its projected value. This made Zoom the go-to app for hosting the large meeting, and things were looking good for them. That is until Google jumped on the train and ruined their momentum, with its Meet video conference app.

Zoom app currently has 300 million users, whereas Meet has 100 million users. Although the difference here is about 200 million, for Google, it is easy to scale. After the announcement of Google Meet, it strengthened the company’s position in the stock market. On the contrary, Zoom lost a significant value of its stock by about 7%. So clearly, Google’s announcement was enough to rile up the market.

Moreover, the Meet video conference app will allow users to engage in a call for about an hour before cutting them off. Whereas, Zoom provides for just 40 minutes before the cut-off, so Google Meet is clearly looking to do better than its competitor. Apart from this, apps like Messenger and Skype offer unlimited time during their call, but they offer only 50 participants at one time. So clearly, Zoom and Google Meet are offering themselves as a business platform that large corporations can benefit from.

Therefore, as COVID-19 continues to isolate people, there is much potential for either of them to dominate the market. 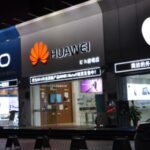 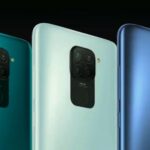