Amid the Coronavirus epidemic, Huawei P40 launch is going to be held on 26 March 2020. Where many mobile brands are postponing their launch, due to the lack of customers in the retail stores. Huawei is either too bold or too desperate to launch its new series that is popular for the camera prowess. Most of the countries are in complete lockdown, which means the retail stores are going to be closed for an unknown number of days. It’s highly likely that Huawei P40 is going to miss the mark set for its sales. The launch for this flagship that was earlier scheduled in MWC20 and postponed till March could have further delayed. Why is Huawei doing this?

A basic reason for the sudden launch of Huawei P40 can be its leaked features. Just a few days before the launch, its features leaked over the internet. That is why we know the new P40 is going to have a 6.5-inch display with a refresh rate of 90Hz. Moreover, it is going to have a 32 megapixel back camera. Whereas, the P40 Pro is going to have a quad camera with its main lens being a 50 megapixel. Through these features, it is apparent that P40 would have given Samsung Galaxy S20 a run for its money. But the circumstances have changed drastically since the launch of Samsung Galaxy S20.

Despite the tempting specs, Huawei P40 or the Pro version might not receive huge attention from the world, as most of them are limited to their houses. Buying a phone would be the last thing on their mind right now. So, without competition Samsung Galaxy S20 is already in better waters than P40. The reason behind this launch could be the leaks as well, which may benefit it to some extent right now. As the features of the phone are already out, there just isn’t any point in keeping it delayed. So, even with a mild reception, there is just no reason to keep delaying a phone that might just become outdated in a few months.

Huawei P40 can benefit from tech reviews and home deliveries if it seeks to make some profit. But this may not be enough to keep it afloat. 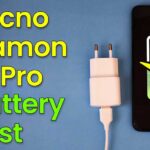