Amidst the gossip and the anticipation, Huawei P30 Pro was launched with all its magnificence in Paris, and soon after, it is on its way to countries like Pakistan.

Its tailored made camera stands out and challenges the camera beasts like Galaxy S10 Plus and the Google Pixel 3XL. But it’s not only about the camera, but it’s also the overall smartphone experience that sets this device apart.

Since you already know everything about the specs and features of the Huawei P30 Pro, let’s jump straight to the stir that it has caused in the tech world. Let’s see how the geeks and techies have responded towards this magnificent device.

In the world of devices with two screens and pop-up selfies cameras, Huawei P30 Pro packs a simple yet exquisite and beautiful design.

Though it looks premium and all, the design of the Huawei P30 Pro is not something that we haven’t seen already. Mate 20 Pro bears a similar design with curved edges on the screen as well as on the back of the phone, as says Tom’s guide in their review of the phone.

The design on the Huawei P30 Pro has the same glossy looks from the Huawei P20 Pro but with a colorful twist. The colors are quite stunning on this one and innovative too, they further remark.

Another Huawei P30 Pro review by the T3 media outlet emphasized that the device still lacks the refined finish that we see on the iPhones and the recent Galaxy S10 Plus series because since Huawei is offering this handset at the same price point as the ones from Apple and Samsung, so the expectations are the same.

The waterdrop notch is specifically a nuisance for a 2019 flagship like the Huawei P30 Pro as other manufacturers like Samsung have found creative ways like the punch hole for the camera so Huawei could have done that too, but again, that’s not a problem that can potentially affect the usability of the phone

Display: Beautiful but not the Best

Huawei P30 Pro packs a 6.47″ HDR AMOLED display that packs 1080 x 2340 pixels resolution and comes in 19.5:9 aspect ratio. This enables the device to achieve an incredible 88. 6%  high screen to body ratio and make its place in the list of top bezel-less phones.

Although the phone has a beautiful display, say the folks from Tom’s Guide in their Huawei P30 Pro review, since it only packs an FHD+ resolution it is nowhere near the display quality we see on the Galaxy S10 series that has a quad HD+ (3040 x 1440) panel. However, its display is way more vibrant and colorful than the one seen on the Google Pixel 3XL, it nonetheless, has a cold look to it, as professed by T3. We endorse this comment as this cold hue on display has also been seen earlier in almost all Huawei phones so this might be true as well.

Huawei P30 Pro packs the same 7nm Kirin 980 chipset with dual NPU that was introduced in the Mate 20 Pro. With a combination of either 6GB or 8GB RAM, it is blazing fast and delivers impressive performance, says Tom’s Guide in their Huawei P30 Pro review.

The Huawei P30 Pro has an improved cooling system with a combination of graphene film and a heat pipe with a vapor chamber, as reports GSMArena in their Huawei P30 Pro review.

On the software front, it comes with the EMUI 9 based on Android Pie, so you should all the goodies and nifty features of the OS from it. Huawei has also included GPU Turbo 2.0 in the device.

According to GSMArena, the GPU Turbo only supports six games for now, which include PUBG Mobile, Mobile Legends: Bang Bang, NBA 2k18, Rules of Survival, Vainglory, and Arena of Valor, but runs all of them smoothly at 60fps at full resolution. More games will also be included in the coming time.

Thankfully, the Huawei P30 Pro packs a massive 4200mAh battery under the hood. As per Huawei claims, the advancement in AI and battery management along with the latest OS, will result in even better battery performance than the Mate 20 Pro.

The tech outlet PCWorld Australia found out in their Huawei P30 Pro review that the battery efficiency on this phone is nothing short of amazing and can easily last a whole day. If by some chance you forgot to charge the phone, it can take you to the second day as well.

As you know that it packs the 40W Huawei Supercharge that can juice up the phone from 0 to 70% in just 30 mins and event hen it’s not the fastest charging method in the world. Along with that, it has also got the 15W wireless charging and reverse wireless charging feature as well, which can not only be used to charge other phones but gadgets like your buds, shaver, etc. too.

The Huawei P30 Pro comes with a quad-camera setup on its back that is nothing short of photography marvel. With its unique camera setup, it aims to achieve a new level of smartphone photography.

The primary sensor is a 40MP Superspectrum lens with an f/1.6 aperture that packs an RYB sensor instead of the traditional RGB to intake more light and snap amazing pictures even in low light.

The second one is a 20MP ultra-wide-angle lens, and the third sensor is an 8MP telephoto lens with 5X optical zoom. That’s possible because of the periscope mechanism that allows the camera to move forward and backward. Combined with the data from other sensors, you can go to 10X hybrid lossless zoom and even further to jaw-dropping 50X zoom.

The pictures captured with normal mode are stunning and are the best photos a smartphone camera can produce today, as says GSMArena in their review. The previously aggressive AI has also be revamped, hence no extra blue skies and artificial green grass, they added.

The difference between the low-light performance here and the regular Super Spectrum sensor is still noticeable but not as harsh as it was in previous Huawei devices, says PC World Australia in their Huawei P30 Pro review.

The Verge also reported in their review of the device that the Night mode on the Huawei P30 Pro is way better than the Night sight in the Google Pixel 3XL.

According to the Huawei P30 pro review on GSMArena, although the per-pixel quality of the picture is degraded in 50X zoom, it works perfectly fine. It does not degrade the overall quality of the image that much, but thanks to this fantastic technology, the phone can easily be used as a portable binocular that fits in your pocket. 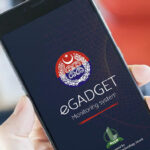