Huawei has launched a new internet TV that is based on the company’s own operating system, HarmonyOS. The OS which is also known as Hongmeng was introduced to the world a few days back in a developer conference the Chinese giant had organized to show the world it planned to inject its own OS into the devices.

Honor Vision TV is the name of the device that carries the new OS.

HarmonyOS is Huawei’s future strategy to counter the stronghold of Google’s Android after the telecom giant was put on the US-entity list to stop US-based companies from doing business with Huawei.

The Chinese giant, who still wish to install Android on its future device, is still not sure about its partnership with Google.

However, Richard Yu, CEO of Huawei Consumer Business, has already hinted that situation about its relation with Android is still unclear as the US is very aggressive in maintaining the ban on Huawei.

HarmonyOS power not only the smartphones but also the IoT devices including smartwatches, TVs, laptops, cars and anything that can be connected with internet. The new OS is unique in a way that any application that can run on a smartphone can also run seamlessly on the TV.

Honor Vision TV comes in two versions, standard and Pro for the price of $540 and $680 respectively. It will come equipped with Honghu 818 chipset, and octa-core processor.

The 55inch 4K screen can be controlled via smartphone. The pro version of the TV has 1080p resolution, adjustable pop-up camera for video calls, six far-field microphones and six 10W speakers for the immersive sound experience. Honor Vision TV, the standard version only has four speakers.

The TV will be available for the Chinese market, and there is no news for its availability for other countries.

In our opinion, Huawei will test the products with HarmonyOS in its home market before it can send much polished and mature devices to the world.
source|1|2 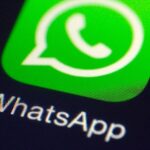