Huawei has shipped more mobile phones than ever before in the Chinese smartphone market where it faces fierce competition from homegrown brands.

The results of the third quarter reveal that Huawei grabbed 42% of the total mobile phone market share in China where its shipment grew by almost two-third showing the local consumer stood behind the company in the time when it faces the toughest US sanctions.

It is, however, interesting that in the same period the Chinese smartphone market shrunk by 3% whereas Huawei managed to sell 41.5 million devices out of 97.8 million total shipments during the same period, Reuters reports the market research firm Canalys.

Huawei’s rising sales show how determined the Chinese consumer is to protect the home brand from the global impact of the US ban that started in May this year.

Apple’s iPhone is no more a cash cow; see the 4th quarter results

The Chinese sentiments even widened the gap between Huawei and the rest of the players, including Oppo, Vivo, Xiaomi, and Apple that together captured 50% of the market share in the third quarter, down from 64% share combined in the same period last year.

As the Chinese phone maker moves forward in the local market, the US pressure continues to rise aggressively to freeze its business in the global market, Huawei Central reports.

The US telecom regulator is considering to declare Huawei and another Chinese equipment manufacturer ZTE as a national security risk.

In a proposed meeting of November 19, the Federal Communication Commission (FCC) would ask the US telecom service providers about the replacement cost (time and money) of Chinese’s infrastructure.

In addition to this, Trump administration is persuading its allies in Europe and the rest of the world to stop doing business with Huawei and declare it a security risk as well. 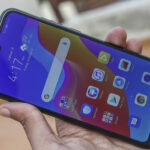