Honor has been known to produce excellent phones that offer impressive specs without breaking your bank. The latest offering, Honor View 20, being one of them. The device has long remained in the news and all for very good reason.

It packs some of the elements that are definitely going to be the trends of the smartphone industry in 2019 so in a way, Honor View 20 is also a trend-setter for the upcoming phones.

The phone was revealed at the CES 2019, the largest show for consumer electronics, and has garnered many praises for many elements. Honor View20 was already announced in China as the Honor V20  and is planned to go global on January 22 at an event in Paris.

The handset receives some of the most awe-inspiring design language seen on any 2019 phone which includes an in-screen camera cut out just like earlier seen on its cousin, Huawei Nova 4. Apart from that, it sports a chevron pattern on its back that becomes alive and exotic when the light hits it from different angles, making it even more stunning to behold.

The screen is a 6.4-inch IPS LCD panel with 1080 x 2310 resolution and since almost the whole front is covered with the screen, it gives you an 85.7% screen-to-body ratio which is quite significant if not the highest.

View 20 comes, of course, with an edge to edge display, hence the camera cut out. So, where are the front sensors? All the sensors have been moved to the upper side of the phone besides the headphone jack.

Even the Honor ‘flagships’ are often mid-tier and not ‘actual flagships’ like the Honor 10, but somehow Honor has managed to pull this feat of giving a true flagship that is powerful and beautiful enough to upset the big players in the game.

Another great thing about the device is that even though it sports a USB Type C port, it still hasn’t dropped the headphone jack.

Honor View 20 packs a 48MP camera and a 3D ToF camera but unlike the Oppo R17 Pro, it actually uses the 3D camera in its photos by identifying the subject and background and manipulate them simultaneously to get the best results. The AI in the camera acts like a cherry on the cake and pronounces its presence by adjusting camera according to its environment.

A 25MP selfie camera rests in the screen. Though there’s no 3D sensor in the front camera, you still get the AI tweaks which let you make AR Animojis and a plethora of options to change the lighting of your selfies dramatically.

Honor View 20 is raw power in terms of processing and specs. It packs the latest Kirin 980, the first flagship chip built on a 7nm process. The 6GB RAM will be enough for your processing needs along with a 128GB storage which can be increased via micro SD card, but at the cost of second SIM. There is also a Pro version of the phone with double storage of 256GB along with 8GB RAM and comes in Black color.

Such a big phone needs a huge battery and that’s exactly what the Honor View 20 offers. A massive 4000mAh battery gives life to the device which is supported by Supercharge technology which is capable of 22.5W Supercharge, fast enough to drive the phone from 0% to 55% in 30 min.

Such powerful specs inside an elegant design indicate that the phone is all about making splashes in the smartphone industry. Let’s see how does it fare against its flagship competitors. 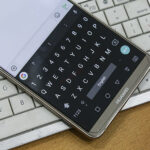