After making us wait for more than a week, the new addition in Honor’s 8 series, Honor 8S has finally made its way into the Pakistani market. The device is available for purchase starting today and is priced at Rs. 18,999.

Honor 8S is an entry-level smartphone which was first announced at the end of April 2019. It comes with very basic specs including a  5.71 inches of IPS display accompanied by 720 x 1420 pixels of screen resolution and waterdrop notch which houses the front camera and other sensors.

At the hardware front, the smartphone features Helio A22 chipset which among common in entry-level and budget phones and can be found in the recently launched Huawei Y6 Prime 2019 (Review). Honor 8S only comes in a single variant with 2GB RAM and 32GB of internal storage which can be expanded via microSD card.

At the back, we also get a 13MP camera while there is a 5MP shooter at the front for taking selfies. It also packs a 3020mAh battery, runs on EMUI 9 based on Android Pie right out of the box and will come in only black and blue color.

The fight to capture the entry-level and budget market in Pakistan is getting fiercer. Honor has already introduced Honor 8X (Review) and Honor 8C (Review) in Pakistan and we can expect other affordable devices to launch later in 2019. 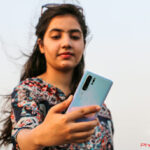