Honor has announced the launch date of its new flagship device Honor 20 in a unique way. Instead of giving a straight forward date, the Chinese smartphone company has made it fun by giving a mathematical puzzle.

The company in its teaser presented the following date: 444+4x4x4+(4+4)/4+44/4. If you start with the simple math, you’ll see that the sum equals 521 or instead 5/21 which leads us to the conclusion that the phone is coming on May 21. The launch event will take place in London.

What’s more interesting is that the company has used the term “Honor 20 series” in its teasers which means that Honor will be bringing more than one smartphone for its users.

The phone’s predecessor Honor 10 was followed by Honor 10 Lite and Honor 10i so we can assume that Honor 20 will share the same fate. Previously reported rumors also suggest that Honor 20, Honor 20 Pro and Honor 20 Lite are in the making

Honor 10 was one of the best smartphones of 2018 and an affordable flagship killer and an ultimate gaming phone. Honor 20 will probably be the same and will be accompanied by Huawei’s latest Kirin 980 chipset which we have already seen in action in the Mate 20 and P30 series by Huawei.

It may also come with a triple camera system that we witnessed in Honor View 20 and Huawei P30 earlier this year. The Lite variant may also come with this feature according to some leaks. the hashtag “#CAPTUREWONDER also makes us think that the company will be focusing on the cameras of the devices.

Honor has launched an offensive against other smartphone brands in the market to go past other smartphone companies to become the fourth largest brand in the world and second largest in China with the help of Huawei. The new flagship series may be the first step towards its goal. 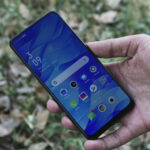