Where COVID-19 has caused many mobile industries to crash, HiSilicon Processors managed to gain the upper hand. This sub-brand Huawei has now beaten Qualcomm and became the largest semiconductor manufacturer in China. Experts believe that the main reason behind this is the ongoing trade war with the US that helped China rely on its home-made processors, which eventually led to this victory. HiSilicon saw an increase in its market share going from 36.5% in Q1 last year to now 43.9% in the same period.

According to a report by CINNO, the first quarter of 2020 saw a decrease in smartphone sales as much as 44.5%. Due to the epidemic, plus the market shares falling and the supply chain in ruin. HiSilicon Processors rose to the position of number one, and the US-based Qualcomm fell to the second. ‏Moreover, Mediatek stood firm in the third position, and Apple maintained fourth. But both of them faced a loss in their share value.

Now 90% of Huawei smartphones in China are using the HiSilicon processor. Therefore, to rise at such a scale, the company has to make some significant changes. To be more self-sufficient, it was shifting its production of chips from Taiwan to Shanghai. But even though it has reduced its reliance on US-based processors, they are still welcome in the market. The Founder of HiSilicon Mr. Ren Zhengfei said that they would continue to use US-based processors like Intel and Qualcomm as long as they are allowed to.

Regardless, it appears that HiSilicon has taken its full charge to stay at the number one position. 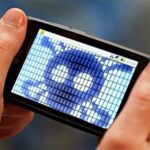 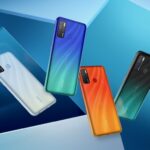