If you are an avid traveler, the chances are that you have used Google Translate on more than one occasion. Till now, the Urdu, Pashto and Sindhi speakers could not use the app’s camera to translate the text in an image to their native language, but finally, the US tech giant has heard our cries to enable this feature for users.

Xinxing Gu, Product Manager Google Translate introduced the new update on the company’s blog and revealed that it comes with the support for an extra 60 languages. You can see the full list here.

Previously, Google Translate could only translate other languages into English but now, you can just point your camera towards any sign or written notes to translate what you see through a camera or take a picture within the app to get the translated text in your language Urdu, Pashto, Sindhi or any 100+ languages in the Google’s database. This means you can translate from Pashto to French or Urdu to Japanese, etc.

Moreover, the app can also help recognize what language the user is looking at through the new Detect Language feature, which can figure out the source language and then translate it for you.

Google, for the first time ever, has built Neural Machine Translation (NMT) technology into its instant camera translations which according to the company can produce more natural and accurate translation by reducing errors by 55-58%.

Furthermore, the user can also download most of the language onto their device and use Google Translate’s camera feature without an internet connection. This can help save money for the people in Pakistan as the country has the second most expensive mobile data rates in South Asia.

The inclusion of Pakistani languages in Google Translate can further help the tourists who are coming into the country or the local citizens traveling to the other parts of the world. 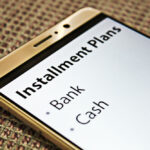