The headlines in the media root down to an article published in the Medium. It refers to Mr. Jerry Phillips, Ph.D., and biochemistry professor at the University of Colorado, who says he’s concerned about the Bluetooth Apple AirPods because “their placement in the ear canal exposes tissues in the head to relatively high levels of radio-frequency radiation.”

The Petition Behind All This

Mr. Phillips has the support of almost 250 researchers from more than 40 countries that have a similar concern about whether the Bluetooth headphones cause cancer. A petition signed by the aforementioned 250 researchers submitted to the World health organization has also been cited in the article.

You may not know but this petition is an old one, first published in 2015 and revisited on the January 1 of 2019. The only devices that are called by name in this petition are “cellular and cordless phones and their base stations, Wi-Fi, broadcast antennas, smart meters, and baby monitors.”

Well, let me tell you another interesting that every media outlet is missing out about that petition. That petition does not mention Apple Airpods by name or even Bluetooth Wireless headphones.

As for the Apple Airpods, the company’s spokesperson has already responded to the concerns in the past that the company strictly complies with the current safety standards.

Do Bluetooth Headphones Cause Cancer? Really?

Ken Foster, Ph.D., a bioengineering professor at the University of Pennsylvania has been researching the safety of electromagnetic fields and he is not buying the whole hyped idea that Bluetooth headphones cause cancer.

In an interview with a media outlet, Mr. Foster said that of course, Bluetooth devices emit radiation which is way below the level of safety standards that are already set for the amount of radiation that can be emitted from consumer devices and Bluetooth devices.

So those radiations can’t harm you even you place the Bluetooth receiver directly against the skin. Bluetooth devices also give off less radiation than cell phones—only about one-tenth or less, Foster points out. “If you also use a cell phone on a daily basis, it’s bizarre to worry about the hazards of these earphones,”

“I can’t say there’s absolutely no problem with these devices, because people can always argue that there’s no proof they’re 100% safe,” says Mr. Foster. “And I can’t tell people what to worry about—but personally, I have no concern.” 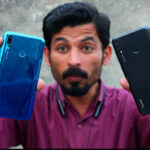