Alcatel 3X has arrived in Pakistan which is a flagship phone from TCL Communication – a Chinese electronics giant that leads in the LED TVs and also manufactures mobile phones.

The smartphone has come along with a couple of Alcatel tablets and three Alcatel feature phones.

Alcatel 3X boasts a 6.52-inch IPS LCD, provides 720 x 1600 resolution and 82.1% screen to body ratio. On top of the display, it carries a waterdrop notch that also houses the selfie camera of 8MP.

The smartphone runs the show with Android 9.0 coming out of the box. On the hardware front, it carries Mediatek’s Helio P23 chipset, 6GB RAM and 128GB internal memory. A 4GB/64GB version is also on the list but the launch date hasn’t been communicated yet.

Alcatel 3X carries a triple camera setup on the rear side that includes 16MP + 8MP and 5MP lenses along with dual-LED flash.

To power up the device, a 4000 mAh battery comes installed along with a 10W charger which hints we shouldn’t expect it to be as quick as Oppo’s VOOC.

In addition to Alcatel 3X, its tablets and feature phone have also hit the shelves.

TCL is providing some additional accessories that further spice up the experience. You can attach a keyboard, mouse and a Bluetooth speaker 2*5W which also gets powered by a 2000 mAh battery.

TCL has partnered with QMobile in Pakistan for distributing feature and smartphones, however, Airlink Communication has been tasked to sell the tablets. 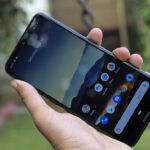 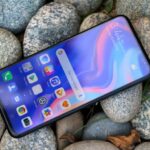