2019 is going to be a milestone year in smartphone technology. With bezel less display and foldable phones, it is going to be as exciting as it gets. Amidst all the sensation, let’s not forget 5G, another huge leap in technological advancement in smartphones. The race for 5G phones has already begun among the top players in the game.

The launch of Samsung’s next big thing is just around the corner as more and more leaks are rushing in. We already have a good sneak peak of the Galaxy S10.

Samsung has also added that the Galaxy S10 won’t be its first 5G device. This hints that Samsung aims to bring 5G technology in the higher variant of the flagship, Galaxy S10 Plus.

The S10 series launch is slated for Mobile World Congress, 2019 taking place at the end of February which would also strengthen Samsung’s position in the industry, as the company’s CEO is already confident of company’s future because of its next flagship.

We know for sure that the next high end phone in the P series or the Mate series will be 5G enabled. Walter Ji, President of Huawei’s Western European Consumer Business Group, stated in an interview with T3,”if not for P30, then for sure it will be in the Mate series next September”

Does this leave anything out? We think not. Huawei being a largely and constantly growing smartphone maker has been making significant innovation like the punch hole in its latest Nova 4, to be released on December 17.

The flagship killers from the Chinese maker have rightly earned quite the name in a short period of time thanks to their blazing fast speeds. This year’s OnePlus 6 and the 6T were no different in providing the best android experience. Similarly, OnePlus 7, the next year flagship killer is also seeking to be the first 5G phone from the maker.

Pete Lau, CEO OnePlus has recently confirmed that the company is in works with the US carriers to launch a 5G enabled phone next year. It seems no one wants to be left behind in this race which makes it more competitive and exciting as well.

You can guage the commitment of Honor to launch the 5G phone next year by Honor’s President Geroge Zhao coming out at World INS Conference and confirming it himself.

Mr Zhao is also confident that Honor will be the first company to launch 5G phone and now we are countering a lot of leaks about the Honor View 20. Coincident? We think not! Honor View 20 might truly be coming with 5G. Let’s wait and see.

Xiaomi has already confirmed the Mi Mix 3 in late October is currently set for a release date within the Q1 2019. This puts the Mi Mix 3 at the top of 5G release schedule.

Aside from being a 5G, the Mi Mix 3 already packs some impressive specs with quite a revolutionary solution to the motorized camera of the Oppo Find X. It comes with a mechanical slider with a 6.39-inch OLED bezel-less display in a complete hardware package that includes a maximum of 10GB RAM and 256GB memory on board.

Just days after OnePlus and Huawei confirmed their 5G phones’ launch in 2019, Sony came up with a statement, “Smartphone innovation has always been at the core of Sony Mobile engineers. design philosophy”.

This may be a huge hint that Sony is going to drop a major flagship with 5G abilities next year and even if it’s not, possibilities of Sony coming up with a 5G phone to tackle the competition cannot be ruled out. 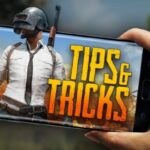