The Internet penetration in Pakistan is increasing rapidly and according to the new statistics released by PTA, the total number of 3G/4G subscribers in Pakistan have crossed 67 million marks in April 2019. Around 67, 478,100 people across the country are using the next generation mobile phone services and the number is only bound to increase in the coming months.

The broadband subscribers in Pakistan amount to 70 million including the people who use telecom services to access the Internet from their smartphones.

When it comes to 4G subscribers in Pakistan, like always Zong leads in the industry with over 12 million users followed by Jazz with 9.6 million users, Telenor with 6.1 million users and lastly Ufone, which recently started its 4G services, has 1.2 million subscribers using the service. 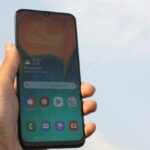