These days you don’t have to spend a fortune on buying a smartphone because a new phenomenon called the midrange flagships has taken over smartphone industry where flagships grade handsets are made available in lower prices than their actual counterparts.

This has resulted in a head to head competition to occupy the crown of this segment. Resultantly, the market is crammed up with such phones. Here is a list of some of the best Android phones under $500.

Xiaomi has dropped the bomb and has set the bar pretty high with its amazing Pocophone F1 that is no doubt a flagship phone which amazingly comes with a head-turning price of a lower mid-range device.

Back in August, Xiaomi announced the Pocophone availability in 65 countries where the price varies from $310 to $380 in different countries, as of now.

Pocophone F1 houses a Snapdragon 845, the most powerful yet, and offers different variants in terms of storage including 64/128/256GB memory along with 6GB/8GB RAM. That’s not all. More surprisingly, it comes with a huge 4000mAh battery which is definitely enough for even the most demanding users.

As OnePlus calls itself the flagship killer, with these amazing specs, some are calling the Pocophone as the OnePlus killer.

After years of refining its line-up of mid-range flagship killers, OnePlus came up with its most successful masterpiece, OnePlus 5, only to replace it something extraordinary a few months later. Though it is 2018 and newer devices are flocking in, OnePlus 5T, the predecessor to the latest OnePlus 6 is still worth every penny you can spend on it.

The phone checks all the boxes of a premium trendy device like thin bezels, a picture perfect dual camera setup and a surprisingly fast face unlock. It comes with a 6.01-inches AMOLED display and a high-end Snapdragon 835 chipset along with a very well-optimized 3300 mAh battery.

With such specs and beastly performance, OnePlus 5T definitely deserves the top spot in our list of best smartphones under 500$.

Honor 10 is the among the recently released mid-range wonders. The phone packs all the internals of the Huawei flagship P20 Pro but is available at almost half the price. A stunning design with gradient color and an amazing chipset make the phone instantly desirable.

The device has a 2.5D curved glass on both front and rear and a sports a front-facing fingerprint scanner. The notch holds a 24MP camera while on the back is a 24MP + 16MP dual-camera setup, both with AI enhancements.

Galaxy S8 might not be the latest phone from Samsung but it’s definitely a phone with high value for money that you can now buy in $500.

Galaxy S8 hits most of the points where phones from other brands fail to reach. The major pros of this phone are its premium build along with the Super AMOLED infinity display. Thought the device packs a single camera but that doesn’t translate into the worse picture.

Inside, you’ll find a Samsung’s Exynos 8895 along with 64GB of onboard storage and 4GB of RAM. It also has a 12MP rear camera, an 8MP front-facing camera, and a 3,000mAh battery

The latest flagship in the premium Mix series by Xiaomi features a radical all-screen, edge-to-edge design with a ceramic back that looks just jaw-dropping

Under the hood, you can find the Qualcomm’s most powerful Snapdragon 845 chipset with 256 GB internal storage and 8 GB RAM or 64/128 GB storage along with 6 GB RAM. On the back, you get a dual 12MP camera with a telephoto lens and portrait mode.

The recently launched Nova 3 series packs some interesting specs that are definitely worth a look if you are looking for a mid-range flagship within $500. Huawei Nova 3 packs almost the same specs as the Honor 10 with some upgrades.

It comes with a Kirin 970 chipset along with the amazing GPU Turbo technology to conserve battery and excel in performance. The processor comes along with 4GB of RAM and 128 GB internal storage along with a hybrid dual sim slot.

The optics include a dual rear camera setup with powerful 24MP+16 MP lenses featuring phase detection autofocus and the ability to recognize 200 scenes in 8 unique scenarios.

It comes with a huge 3750 mAH battery that should be enough to juice up the phone all day long. With such amazing specs, Nova 3 definitely deserves its place in the best phones under $500. 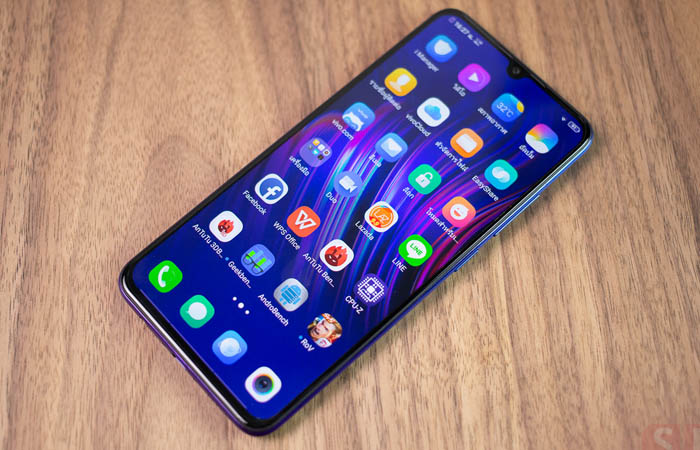 All new V11 Pro comes in the company’s line of the phones having an in-display fingerprint scanner as the highlight of the device.

It flaunts a 6.41-inch Super AMOLED, Halo Fullview display with maximum shrunken bezels that integrate into an impressive 91.27 percent screen to body ratio. The phone is powered by the Qualcomm Snapdragon 660 along with AI abilities, although a mid-range a processor but is considered at par with flagship level processors.

The device offers a 64GB/128GB internal storage coupled with a 6GB RAM, enough for your gaming sessions.